Nets' Aldridge retires at 35 due to irregular heartbeat 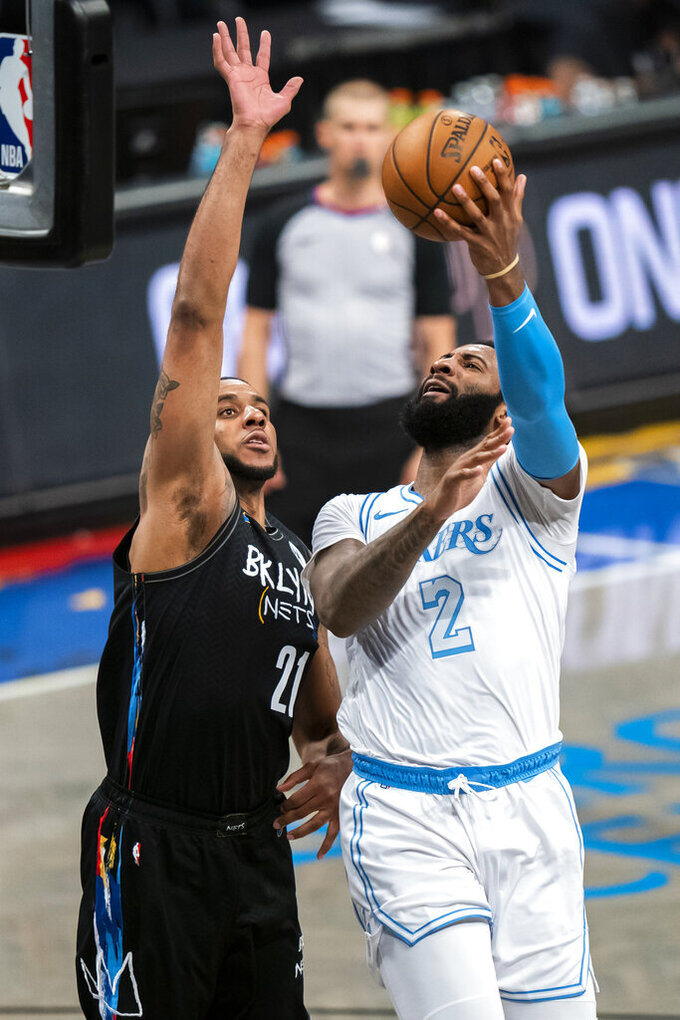 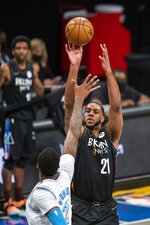 NEW YORK (AP) — LaMarcus Aldridge retired from the NBA on Thursday after saying he experienced an irregular heartbeat during his final game with the Brooklyn Nets.

Aldridge, 35, posted a statement on social media saying the heart concerns he had during and after Brooklyn's loss to the Los Angeles Lakers on Saturday were one of the “scariest things” he's experienced.

Aldridge, who was diagnosed with Wolff-Parkinson-White syndrome — an abnormality that can cause a rapid heartbeat — as a rookie in 2007, said he feels better now after getting it checked out but nevertheless decided to end his 15-year career.

“For 15 years I've put basketball first, and now, it is time to put my health and my family first,” Aldridge wrote.

The seven-time All-Star signed with the Nets on March 28 and he had become their starting center. He missed the last two games with what the team had called a non-COVID-19 illness.

“We know this was not an easy decision for him, but after careful consideration and consultation with numerous medical experts, he made the best decision for him, his family and for his life after basketball,” Marks said.

Aldridge joined the Nets after reaching a buyout agreement with the San Antonio Spurs and provided his new team with an inside post presence that was one of the few things it was missing. The 6-foot-11 Aldridge had the best of his five games with the Nets in the one before his heart trouble, scoring 22 points in a victory over New Orleans on April 7.

The No. 2 pick in the 2006 draft was long one of the best at his position, averaging 19.4 points in a career that began with nine seasons in Portland.

Trail Blazers general manager Neil Olshey praised Aldridge as one of the best players in the franchise’s history.

“During his nine seasons in Portland, LaMarcus battled through multiple injuries and health concerns but never once allowed them to affect his commitment to his teammates and coaches on the court or the people that benefited from his outreach in the community off the court,” Olshey said in a statement.

Aldridge went on to play 5 1/2 seasons with the Spurs and was a five-time All-NBA selection. San Antonio coach Gregg Popovich called Aldridge a “consummate professional with a unique skill set and a deep respect for the game.”

“We’re grateful for his contributions, both on and off the court, during his time here in San Antonio,” Popovich said. "I’m proud of him for making this difficult decision and we wish him and his family all of the best in the future.”

Aldridge thanked all three teams in his post, saying Portland gave him some “unforgettable years” after drafting a “skinny, Texas kid.”

He praised the Nets for allowing him to play his type of game, when so many NBA teams are looking more to the perimeter instead of the post now.

“You wanted me for me," Aldridge said. "In a game that's changing so much you asked me to come and just do what I do which was good to hear.”

Aldridge missed time at the end of his rookie season to get treated and also sat out for 10 days in training camp in 2011 after his heart symptoms returned. His arrhythmia came back in 2017 and he missed two games that March.

“You never know when something will come to an end," Aldridge added, "so make sure you enjoy it every day. I can truly say I did just that.”