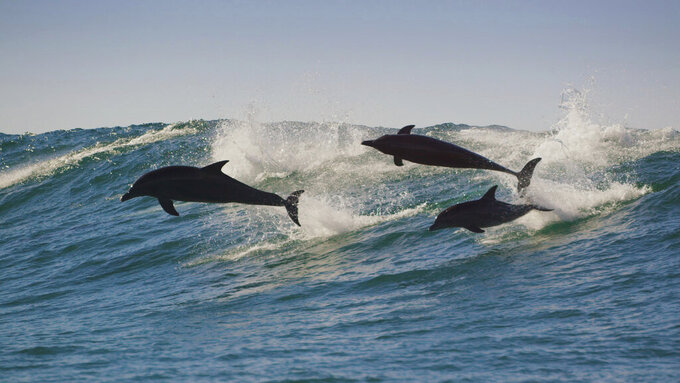 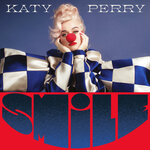 — A different kind of Brighton Beach story, “Lingua Franca” follows an undocumented trans Filipina immigrant on a quest to find a way to stay in the U.S to continue working as a domestic caregiver. For all its timely buzzwords, writer-director-editor-star Isabel Sandoval’s third film (on Netflix Wednesday), is introspective and subtle and well worth a watch. It’s no wonder Ava DuVernay’s ARRAY Releasing snapped it up to help put it out in the world.

— Or if you’re looking for something completely different, venture over to Amazon on Friday for the British black comedy “Get Duked!” a wild satire about some teenage stoners on a camping competition in the Scottish Highlands who discover they’re being hunted. Infused with a hip-hop energy and a solidly anarchic spirit, “Get Duked!” is the directorial debut of music video director Ninian Doff. The great Eddie Izzard co-stars.

— “A Little Romance”: Turner Classic Movies’ Summer Under the Stars series is still going strong and Wednesday is Laurence Olivier day. There are the classics, sure, like “The Divorce of Lady X” at 7:15am, “That Hamilton Women” at 10:30am, “Henry V” at 2:45pm, and “Hamlet” at 5:15pm. But TCM also has a wonderful late-Olivier on its schedule in George Roy Hill’s “A Little Romance,” a low-key charmer from 1979 starring Diane Lane as a precocious 13-year-old living in Paris. Olivier, 71 at the time and recovering from pneumonia, plays a friendly pickpocket who decides to help Lane’s character and her love get to Venice. It airs at 10pm.

— R&Beef: “The Boy Is Mine” collaborators Brandy and Monica are next on the battle list of the epic “Verzuz” series. The R&B darlings, who won a Grammy for their 1998 duet, will go live Monday via Instagram and Apple Music at 8 p.m. ET from the Tyler Perry Studios in Atlanta. Both stars, who have butted heads in the past but reunited in 2012 for another duet, have had their share of hits throughout the last two decades, establishing themselves as R&B royalty.

— Katy Perry says she’s been “on a real emotional, psychological and spiritual journey... to find my smile” in the last three years since releasing her “Witness” album. It’s why she named her new record “Smile,” which comes out Friday. The pop star, who is pregnant and engaged to Orlando Bloom, sings about eating a slice of humble pie on the album, describing “Smile” in an interview as “a record full of hopefulness and resilience and a little bit of joy and some fun.”

— It’s Saturday night fever with Megan Thee Stallion. The rap star, who launched two No. 1 smashes this year with “Savage” with Beyoncé and “WAP” with Cardi B, will hold her first live virtual concert on Saturday at 6 p.m. ET. The hour-long show is being produced by Live Nation and tickets cost $15. The concert will mark the rapper’s first performance since she was shot in the foot last month after a party in the Hollywood Hills.

Whether the new season of CBS’ “Love Island” includes any version of love remains to be seen, but it’s definitely not on an island. Bowing to pandemic concerns, the competition series moved from Fiji to a Las Vegas hotel. The producers say that stringent health and safety rules are in place, with cast, crew and staffers tested and isolated before production started and regular checks planned throughout the season. “Love Island,” with host Arielle Vandenberg and narrator Matthew Hoffman, debuts 8 p.m. EDT Monday with a two-hour episode, followed by nightly episodes at 9 p.m. EDT. A two-hour wrap-up will air 8 p.m. EDT Saturdays.

A variety special combines music, comedy and lots of celebrities with a serious goal: to help women regain entertainment industry jobs lost in the pandemic. CW’s “Women in Film Presents: Make it Work!” (8 p.m. EDT Wednesday) will feature prominent women in entertainment, sports and politics, including Hillary Rodham Clinton, Sheryl Crow, Rita Moreno, Jane Fonda, Alfre Woodard, Ashlyn Harris and Ali Krieger. The non-profit Women in Film, which advocates for parity in screen jobs, launched the Hire Her Back initiative in June to push for equitable hiring of women and people of color as the industry recovers from a coronavirus-forced shutdown.

The best of the best star in “Planet Earth: A Celebration,” which promises eight of the “most extraordinary” sequences from “Planet Earth II” and “Blue Planet II.” Among them: bottlenose dolphins surfing for what appears to be the sheer joy of it, as narrator David Attenborough describes it, and, on the less playful side, a snakes vs iguana showdown. The special, debuting 8 p.m. EDT Monday, Aug. 31, on BBC America, AMC, SundanceTV and IFC, includes new narration from Attenborough. Oscar-winning composer Hans Zimmer (“The Lion King”) and Jacob Shea, an Emmy nominee for the “Planet Earth II” score, created new music.