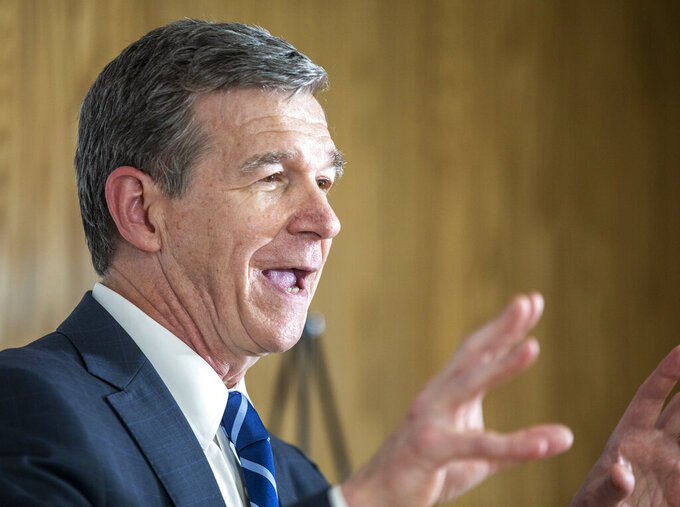 North Carolina Gov. Roy Cooper speaks to the gathered media after his tour of a COVID-19 vaccine clinic at the Pine Hall Brick plant in Madison, N.C., on Thursday, May 27, 2021. (Woody Marshall/News & Record via AP) 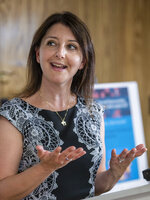 Instead, this week’s requests from North Carolina providers are being fulfilled through transfers from other providers or through requests to local health departments, according to state health officials.

“We are currently focusing on prioritizing the in-state inventory of vaccine by using a first-in, first-out strategy so that providers use vaccines by date of expiration in chronological order, as well as transferring vaccine between providers who can use them,” the state Department of Health and Human Services said in an emailed statement on Friday.

The move comes as North Carolina nears an announcement on additional financial incentives to boost vaccine participation amid a sizable drop in vaccine demand over the last two months.

North Carolina returned more than 1.2 million doses to the federal government as of Friday. Nearly all states have contributed to the federal pool, according to the state Health Department.

North Carolina on Friday crossed the threshold of most adult residents being fully vaccinated. Thirty-nine percent of the state's overall population of 10.5 million people and 46% of eligible vaccine recipients 12 years of age or older are now fully vaccinated. Nearly four in five North Carolinians who are at least 65 years old have completed their vaccine cycle.

But the state's administration numbers lag behind much of the country.

North Carolina is the 14th worst state in COVD-19 vaccine doses administered per capita, according to the U.S. Centers for Disease Control and Prevention.

Dr. Mandy Cohen, the state's top public health official, told a news conference Wednesday that three groups remain unvaccinated: those who are eager to get vaccinated but haven't found the time to do it, those who have unanswered questions but would be more receptive to a shot if it were accessible at their doctor's office and those with no plans to get a vaccine.

“We're just going to keep at this,” Cohen said.