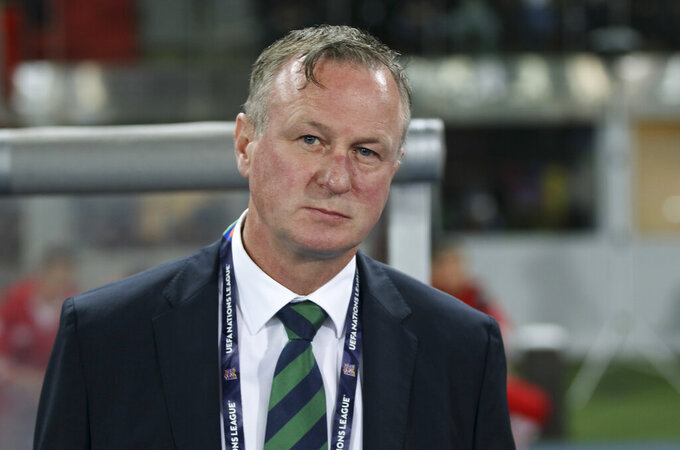 O’Neill was widely praised for leading the team to the knockout rounds at Euro 2016 and hoped to combine taking it to the postponed Euro 2020 while also managing second-division English club Stoke.

UEFA has twice delayed the 16-team Euro 2020 playoffs — Northern Ireland was to play at Bosnia-Herzegovina — during the soccer shutdown and now hopes to stage the games in October and November.

“Due to the now likely rescheduling of that game (in Bosnia), a decision has been reached and agreed by both parties to permanently conclude O’Neill’s reign as Northern Ireland manager,” the country's soccer federation said.

O’Neill’s successor is scheduled to start with Nations League games in September to prepare for the playoffs.

The winner of the knockout game in Bosnia will advance to host Slovakia or Ireland with a place at the postponed Euro 2020 at stake.

“It was important to leave the association and team in the strongest possible shape in order to not only have the best chance of qualifying for Euro 2021, but allow the new manager time to build upon the success that we have had during my eight-year tenure,” O’Neill said.

Four years ago, the former Newcastle midfielder guided Northern Ireland to its first major tournament since the 1986 World Cup.