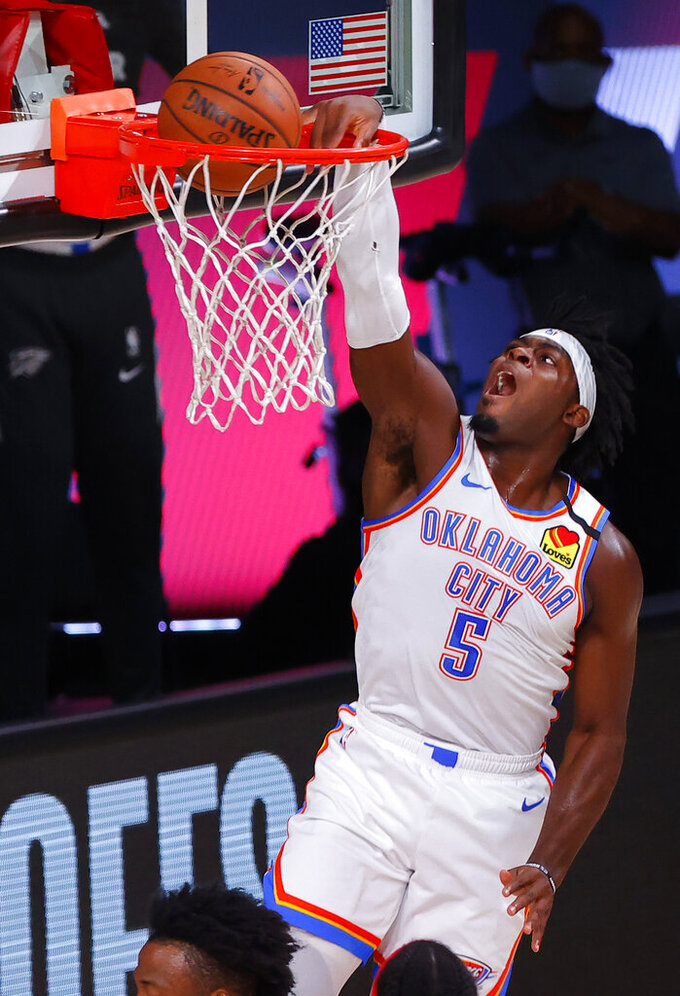 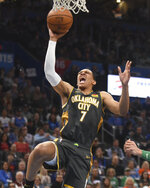 OKLAHOMA CITY (AP) — Mark Daigneault has quite a task ahead of him in Oklahoma City.

He is heading into his first NBA head coaching gig at age 35, and he was hired to replace Billy Donovan a week before the draft and a month before the start of the preseason.

And then, there is the uncertainty the COVID-19 pandemic has added.

Gilgeous-Alexander will get support from Lu Dort and Darius Bazley, who both gained starting experience as rookies.

The Thunder added veterans Al Horford, George Hill and Trevor Ariza in the offseason. Hill, a point guard, has a career average of 11.1 points. Horford, a center, has career averages of 13.9 points and 8.3 rebounds. Ariza, a forward, has career marks of 10.5 points, 4.8 rebounds and 1.5 steals.

With so many new faces and so little time to figure things out, Daigneault will not rush deciding how players will be used.

“When you have a summer league or maybe a fall, there’s an opinion of the team or the players that we’re not able to form right now," he said. “What we’re trying to do is have the discipline to remain open for longer and to allow things to unfold naturally and allow the players and the team to tell us what we need to do next and where we need to go.”

Aleksej Pokusevski, the 17th overall pick in the 2020 draft, scored 14 points in 23 minutes in the preseason opener against San Antonio. The 18-year-old Serbian is a 7-foot center who made 4 of 8 3-pointers in his preseason debut.

Rookie Theo Maledon was the 34th overall pick in the 2020 draft. The 19-year-old point guard from France scored 20 points in 29 minutes in the preseason opener, a win at San Antonio.

Maledon played the previous three years in France’s top league. He earned an All-Star Game selection there and was given the Rising Star Award for the 2018-19 season as the league’s top young player.

Thunder center Steven Adams was a rock for the Thunder for seven seasons before being traded to the New Orleans Pelicans. The 7-footer averaged 9.8 points and 7.6 rebounds in his Thunder career and started 466 games for the franchise.

“Steven Adams will hold a special place in our organizational legacy,” Thunder general manager Sam Presti said. “On and off the floor, Steven contributed to our team and community in unique ways, and his place in Thunder history is secured.”

Dort, who started last season as a two-way player before eventually earning a full NBA deal, averaged 6.8 points per game and started 28 of the 36 regular-season NBA games he played in. He scored 30 points in Game 7 against the Rockets. Bazley started nine games last season and was especially good in the regular-season bubble games.

Guard Hamidou Diallo has a chance to earn a bigger role for the Thunder after averaging 6.9 points and 3.6 rebounds in 46 games with three starts last season. He started the preseason opener and had 14 points and 10 rebounds.