Oyarzabal key for Spain at Olympics, just like at Euro 2020 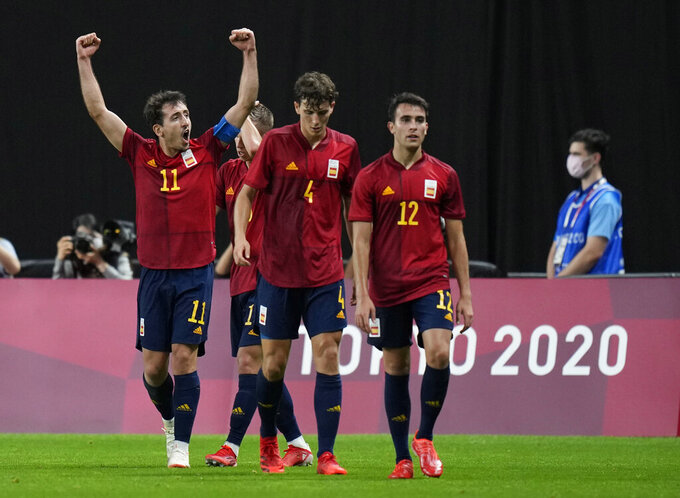 SAPPORO, Japan (AP) — Mikel Oyarzabal ended Spain's 21-year wait for a goal and a win in Olympic soccer by clinching a 1-0 victory over Australia on Sunday.

Oyarzabal headed in the winner in the 81st minute to send Spain to the top of Group C going into a match against Argentina on Wednesday.

It is the latest key goal for the 24-year-old Real Sociedad forward. He scored the winner in the delayed 2020 Copa del Rey final, which took place in April. He also netted the decisive penalty in the shootout win that secured Spain's quarterfinal win over Switzerland at the European Championship three weeks ago. Spain lost in the semifinals to Italy.

Spain, the 1992 Olympic champion, last won a match at the Olympics when it was silver medalist at the 2000 Sydney Games. The other time it has qualified since then at the 2012 London Olympics, Spain could only manage one draw and didn't score a goal.