For pandemic jobless, the only real certainty is uncertainty 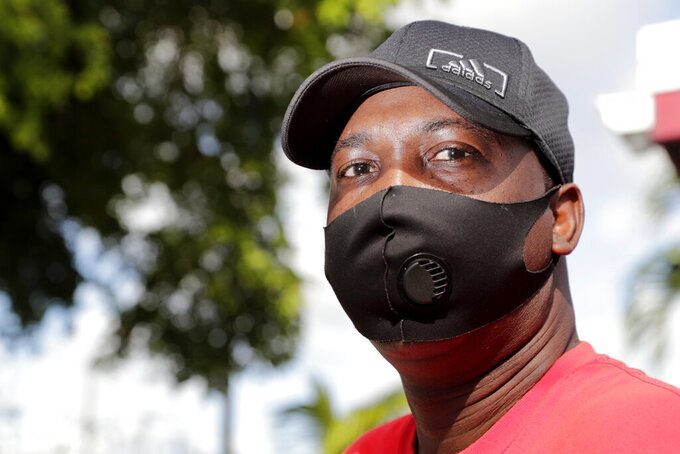 James Jackson poses for a photograph outside his home during the coronavirus pandemic, Thursday, July 30, 2020, in West Park, Fla. Jackson is among the tens of thousands hospitality workers fighting for survival in the age of the pandemic. Jackson's employer, the Diplomat Beach Resort, in Hollywood, Fla., was forced to close in March because of the outbreak. (AP Photo/Lynne Sladky) 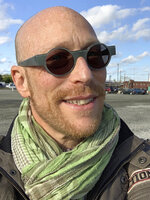 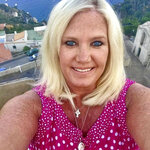 CHICAGO (AP) — For three decades, Kelly Flint flourished as a corporate travel agent, sending everyone from business titans to oil riggers around the planet. Then came the worst pandemic in a century, leaving her jobless and marooned in an uncertain economy.

Furloughed since March, Flint has dipped into her retirement account to pay her bills, frustrated that her $600 weekly emergency federal aid payments have expired. She yearns, too, for an end to the twin disasters that now dominate her life: recession and pandemic.

“I don’t deal well with the unknowns,” she says. “I never have.”

Across America are legions of Kelly Flints, women and men who don’t know when they’ll receive another paycheck — or if.

The COVID-19 outbreak and resulting economic upheaval have thrown millions of lives into disarray. Industries have collapsed, businesses closed, jobs disappeared. Compounding the misery is a question no one can answer: When will this all be over?

If 2020 had to be condensed into a single word — and there are many, many words to describe it — uncertainty would hover at the top of the list. Uncertainty about health. About the future. About the country itself. And uncertainty about livelihoods and jobs and economic security in a historical moment where each day seems to bring a fresh wave of unwanted developments.

America has faced economic calamity before, most recently during the recession of 2008, when the jobless rate soared to 10%. That pales in comparison to the two crises that have cost more than 160,000 American lives and ushered in spiraling unemployment — 30 million job losses, of which 17.5 million people remain unemployed.

Uncertainty, painted onto the landscape by the numbers. And behind each one, a human being. Here are some of their thoughts.

“I’ll either be here or I’ll build my peace elsewhere. ... I can’t get wrapped up in the unknowns when I have blessings in front of me.”

— LISA VINES, 56, of Memphis, Tennessee, laid off in March from her sales job at a promotional product company where she'd worked for 20 years.

“I’ve learned that you can’t possibly plan for everything and, though it’s a cliche, you’ve just got to roll with the punches. And I’ve learned to go where the next thing leads me. Hopefully, that will be soon.”

— JARED SAIGH of Iron River, Michigan, laid off in 2019 from a marketing company. He was then hired to lead a nonprofit attached to his local hospital, but the offer was rescinded after the pandemic swooped in.

“This is a day-to-day process, and I can’t worry about the things I cannot change.”

— JAMES JACKSON, 51, of Florida, who lost his job as a hospitality worker after his workplace closed in March. He's now looking for a warehouse job and worries about having enough food for his kids, 8 to 18, and being able to afford school supplies and clothes.

— BRETT LIPSHUTZ, 46, of Milwaukee, Wisconsin, who lost his job as a bilingual software trainer when the pandemic hit. He's starting a tofu business with friends and expects to be able to teach French in the Milwaukee public high schools this fall.

“I feel like I don’t have very much of a purpose now."

— MORGAN GITHMARK, 24, of North Carolina, who had to quit her marketing job in March because it involved face-to-face encounters with customers at big-box stores. She is diabetic and has an increased chance of serious illness if she contracts the coronavirus.

“I’m the type of person who, if I if I have an idea of what I’m facing, I can try to make a plan that makes sense. But you don’t really know what it is you need to do.”

— MICAH ANDERSON, 37, who lost his job when the Portland, Oregon, club where he tended bar was forced to close in the pandemic’s early days. Now he walks almost everywhere. He has reduced his food budget to essentials. He doesn’t go out with friends. He’s become politically active, calling the offices of federal lawmakers, urging them to back a bill creating a $120 billion fund to help rescue restaurants and bars.

“At the end of the day, the only person who’s going to get me out of this is me.”

— DEANNA KOUSKOULAS, 30, of Michigan, who was laid off from a copywriting-marketing job in suburban Detroit after six months of work. She’s now interviewing for jobs, preparing for the post-pandemic era. She spends part of every morning sharpening and expanding her skills, studying graphic design on YouTube, among other things, “so I can come out strong when things do go back to normal.”

Uncertainty ripples outward. There are so many things that, because of it, simply can't be done.

Job uncertainty is new for Flint, 53, the travel agent. She's never been unemployed, and it's “doubly scary,” she says, because she's single. Every week, she sends out fresh resumes from her home in Galveston, Texas. “I've had anxiety that I’ve never had before. I’ve even had panic attacks. I’ve had crazy dreams of zombies,” she says. "It has worn on me.”

For Micah Anderson, the uncertainty has been the hardest part — “having zero idea of what next week is going to even look like.”

“You just have no clue. You make decisions the best you can. And you hope that they turn out OK.”

Contributing to this report were Desiree Mathurin and Haleluya Hadero in Atlanta. Sharon Cohen, a Chicago-based national writer for The Associated Press, can be reached at scohen@ap.org or on Twitter at http://twitter.com/SCohenAP