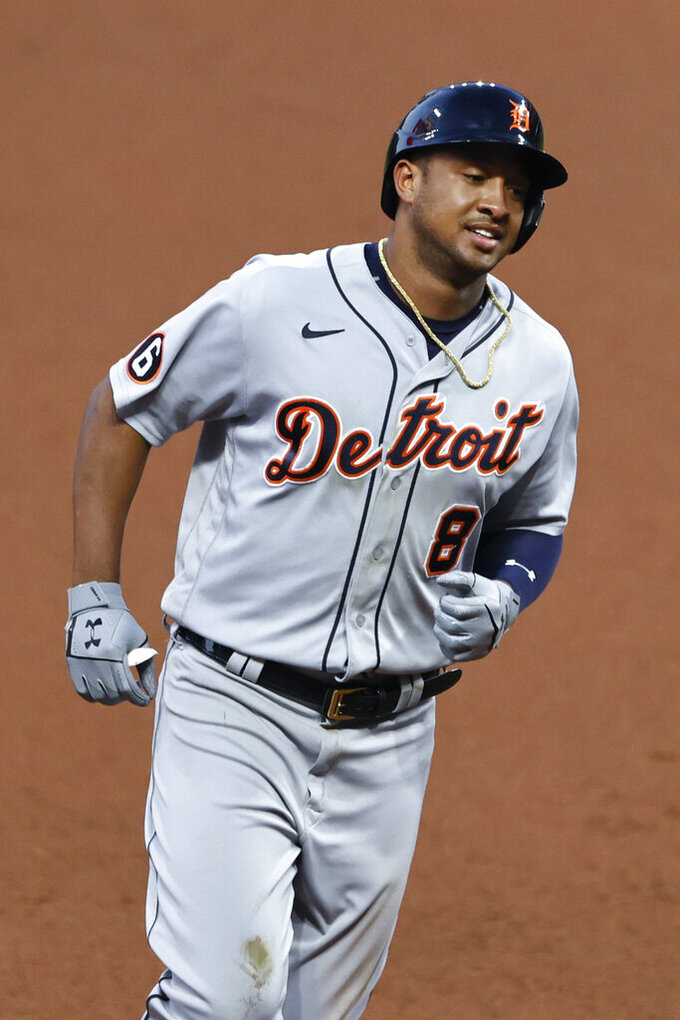 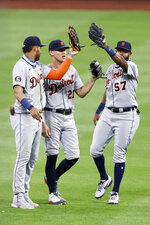 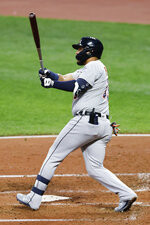 CLEVELAND (AP) — The Indians began drumming on coolers and buckets in the dugout during their recent win streak. On Friday, they finally stopped beating on the Tigers.

Rookie Isaac Paredes hit a grand slam for his first major league homer and Detroit snapped a 20-game losing streak against Cleveland with a 10-5 victory that halted a nine-game skid for the Tigers after a nice start to this shortened season.

The Tigers were bound to get a win over the Indians at some point, and manager Ron Gardenhire is glad the drought is over.

“It’s just basically getting that 20-game monkey off your back, and then nine, how many we lost in a row this year. Nine?” he said. “We needed a win more than anything else, it’s not even about all that other stuff. After the win, yeah, we talked about it. We just needed to play a good ballgame and get a win for everybody to feel good about themselves.”

“It's good we got all that other stuff out of the way though, because those kind of hang over you.”

The 21-year-old Paredes connected in the fourth inning when the Tigers scored seven times off Adam Plutko (1-2), who was making his third start since taking over Mike Clevinger's spot in the rotation. Clevinger was recently demoted along with teammate Zach Plesac for breaking team coronavirus protocols.

Jonathan Schoop hit a two-run homer in the fourth as the Tigers topped the Indians for the first time since April 10, 2019.

Cleveland's 20-game dominance of Detroit was the second-longest streak against one opponent since division play began in 1969. Baltimore holds the record with 23 consecutive wins over expansion Kansas City in 1969-70.

Víctor Reyes also homered and Rony Garcia (1-0) picked up the win for the Tigers, who jumped out to a surprising 9-4 start before staggering.

Franmil Reyes hit a two-run homer as the Indians had their winning streak stopped at six. They were again without manager Terry Francona. He underwent a medical procedure Friday and missed his 15th game this season due to poor health.

Down 5-0 after starter Michael Fulmer got touched up early, the Tigers finally had the kind of inning a team needs to snap a long losing streak.

They chased Plutko with the seven-run outburst, the last four scoring on Paredes’ slam, which came four days after the third baseman made his big league debut.

Plutko hurt himself with two walks and a hit batter in the inning. After he put Miguel Cabrera on leading off, Schoop followed with his sixth homer, a towering shot that left fielder Domingo Santana had trouble tracking and then covered his head with his glove for protection.

“They strung some hits together and I couldn't stop it,” Plutko said. “I didn't do my part. I was pretty poor all around.”

The Tigers loaded the bases on the hit batter, walk and two singles before Paredes lined a 1-2 pitch over the wall in left.

The Indians' winning streak had coincided with last week's team meeting in Detroit that centered on Clevinger and Plesac, who broke MLB and team rules when they left the team's hotel in Chicago and risked exposure to the COVID-19 virus.

The team demoted the pair to its alternate training facility. Clevinger and Plesac are eligible to return next week, but it's not a given they'll be back that soon.

According to information provided by the Tigers, Paredes became the 10th player in club history to hit a grand slam for his first big league homer. He's the first to do so since Brennan Boesch in 2010. The last MLB player to do it was Pittsburgh’s Kevin Newman last year.

Cleveland's dugout could have a congo line running through it.

During the streak, Indians players have been keeping a beat by drumming on coolers, plastic buckets and whatever else might be on hand to keep their energy level up. With no fans to make noise, the Indians are being resourceful.

Clevinger and Plesac both pitched this week at Lake County to stay ready for when the Indians return them to the roster.

President of baseball operations Chris Antonetti wouldn't commit to the right-handers coming back next week — they're eligible to return on Aug 24 — and said the wishes of their teammates will be factored into any decisions.

“It's the best 28 guys,” he said. “It’s the best team. That’s ultimately what we’re seeking to build. Obviously talent is a consideration in that, but it’s not all about talent.”

Tigers: OF Cameron Maybin did not play after straining his right hamstring while fouling off a pitch on Thursday against the White Sox.

Top prospect Triston McKenzie makes his major league debut for Cleveland. The hard-throwing right-hander missed last season with a shoulder injury. Gardenhire got a quick scouting report on McKenzie from one of the clubhouse attendants. “I know he's about 6-foot-5 and he's really skinny,” Gardenhire cracked. Detroit will start Matthew Boyd (0-3).