Pelosi says John Lewis 'worked on the side of the angels' 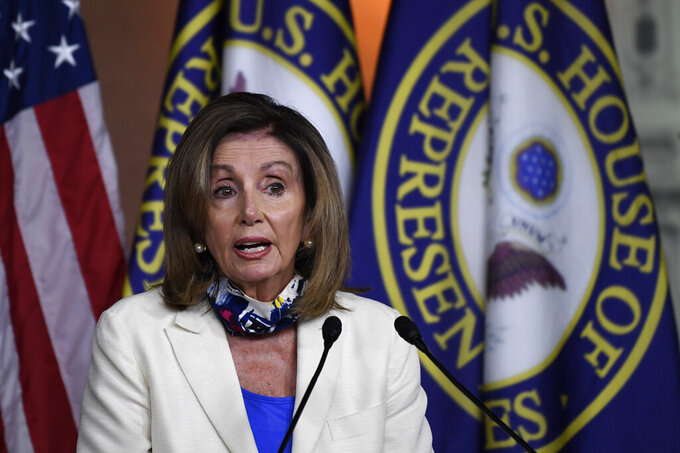 WASHINGTON (AP) — House Speaker Nancy Pelosi, who will preside over a moment of silence for Georgia Rep. John Lewis, choked up Monday recalling their last conversation the day before he died.

“It was a sad one,” Pelosi said of their conversation Thursday. “We never talked about his dying until that day.”

Lewis, 80, died Friday, several months after he was diagnosed with advanced pancreatic cancer.

Pelosi was recalling on "CBS This Morning" how the civil rights icon also threw his clout to women's rights, LGBTQ rights and many other causes, when she choked up and had to pause.

“He always worked on the side of the angels and now he is with them,” Pelosi said.

Pelosi will preside in the House later Monday morning during a moment of silence in Lewis' honor.

While some iconic figures, such as John McCain, have had their caskets lie in repose in the Capitol Rotunda so people can come pay their respects, the Capitol is closed to the public during the coronavirus pandemic.

For now, Pelosi said the congressional delegation from Georgia, under Rep. Sanford Bishop, will honor Lewis during the moment of silence and a bereavement resolution.