Pfizer shots open to Hoosiers 12 and up starting Thursday 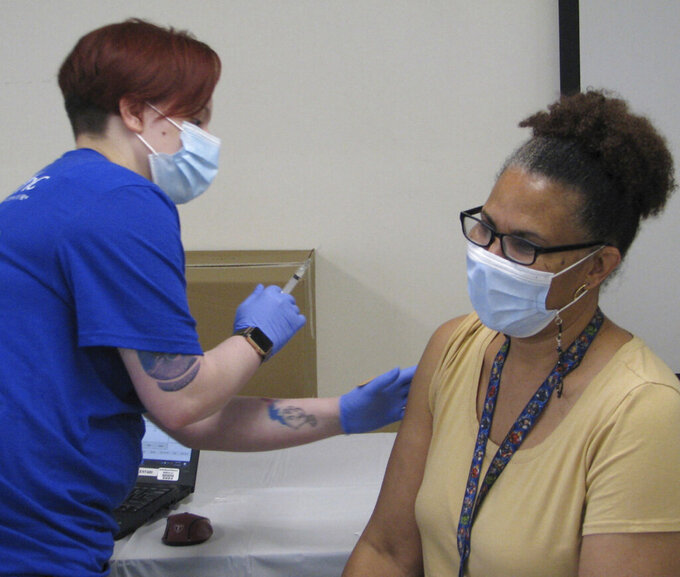 The state announcement, which came in tandem with a federal vaccine advisory Wednesday, offers hope that the next school year will present a return to normal, although State Health Commissioner Dr. Kristina Box noted that the state has no plans to mandate the vaccine for anyone, including students.

“We all want that normalcy, and the best way to get there is to increase the number of people who are fully vaccinated,” Weaver said.

Indiana’s COVID-19 hospitalizations are declining following a spike in late April, although the number of admissions each day is still more than 100, Box said.

Health officials attributed some of the new hospitalizations to the state's proximity to Michigan, which in recent weeks has been a national hotspot for infections and hospitalizations. The State Department of Health’s weekly tracking map showed three of the five Indiana counties that border Michigan with orange risk — the second highest of the four ratings. One other nearby county also has an orange rating, while 10 more northern Indiana counties have the next highest yellow rating.

Virus variants have increased “significantly” over the past two weeks, representing nearly 42% of Indiana's most recently sequenced samples, Box said. Indiana has reported almost 1,900 coronavirus variant cases as of Wednesday.

About 40% of Indiana residents who are eligible for a COVID-19 vaccine have been fully immunized, according to state health officials, up from 33% two weeks ago.

But the average number of people receiving shots has declined from almost 56,000 a day in mid-April to fewer than 32,000, and Weaver said Indiana administered roughly 19% fewer vaccine doses last week compared to the previous week.

Indiana ranks 41st of the 50 states according to percentage of total population that has been fully vaccinated, according to Centers for Disease Control and Prevention data.

"We’re working on those who have been on the fence or who remain hesitant, and we’re doing that one shot at a time," Box said. “We have made incredible progress as a state and our fight against this pandemic, but we still have a journey ahead of us and we don’t want to give up any ground.”

The health department reported 10 new coronavirus-related deaths in the past week, raising the state's pandemic toll to 13,445. Indiana’s seven-day moving average of deaths has remained below 10 for more than a month compared to the peak of 103 a day in mid-December.