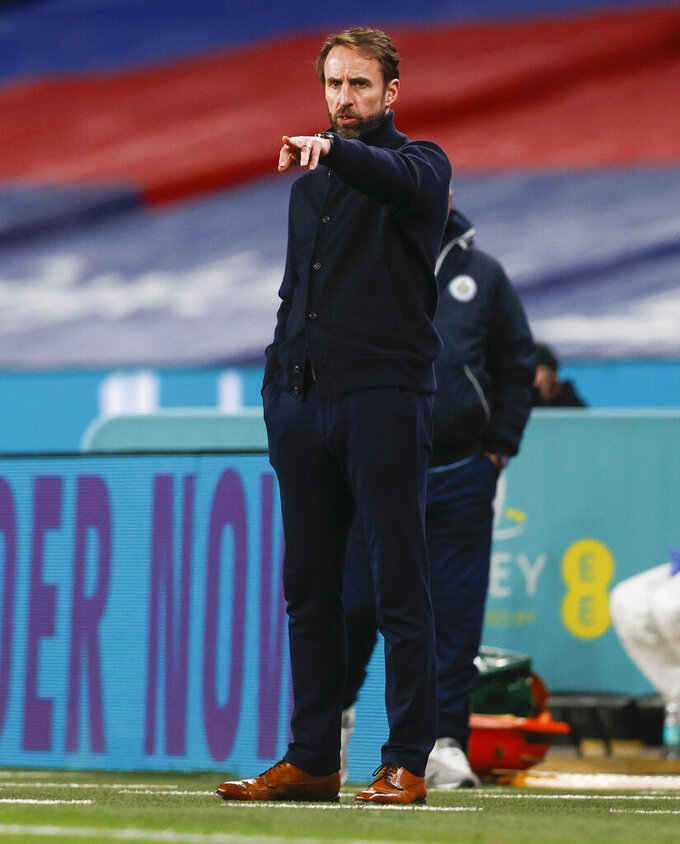 Poland hoped to include Grzegorz Krychowiak in its team to play England in a World Cup qualifier after the midfielder returned a negative test for the coronavirus on Tuesday, a day after testing positive.

Krychowiak and teammate Kamil Piatkowski tested positive before the team's flight to Britain for Wednesday's game at Wembley Stadium. That took the number of cases in the playing squad to four during the current international period.

However, the Polish Football Association said after arriving at Wembley on Tuesday for a pre-game training session that it was attempting to get Krychowiak to London that evening to join up with the squad following his negative test. The association had been in contact with UEFA, having said he had had the virus before.

England coach Gareth Southgate didn't appear to have any concerns about taking on Poland in these circumstances.

“We have to rely on the processes,” Southgate said. "Obviously this is the same as the Premier League, where (players) are tested two days before the game and it has been the same criteria throughout the season.

Poland is also missing star striker Robert Lewandowski, who was ruled out of Wednesday's game because of a knee injury that German club Bayern Munich said will keep him out for four weeks. Lewandowski, Poland's captain, limped off on Sunday after scoring twice in a 3-0 win over Andorra.

“It is an important moment for us to build up strongly our mentality without an important reference like Robert,” Poland coach Paulo Sousa. “For the ones on the pitch, they need to produce this mentality where Poland can be strong after this match.”

Southgate said his England players would be “naive” to think Poland would be less of a threat without Lewandowski, who was named FIFA's best men's player for 2020 after a 55-goal season for Bayern.

“There is an opportunity for other players coming in and if we think about taking our foot off the gas for one minute then we will get hurt,” Southgate said. “Of course, for the public they want to see all of the star names but a team isn’t just about one player.”

The game could play a big role in deciding qualification from Group I. England has won both of its qualifiers so far — against San Marino and Albania — and is two points ahead of Poland and Hungary, with only the top-ranked team qualifying automatically.

Hungary and Poland opened their qualifying campaigns by drawing 3-3.

Sousa said the potential availability of Krychowiak, a defensive midfielder for Lokomotiv Moscow who has previously played for Sevilla and Paris Saint-Germain, was “huge.”

“Especially against teams like England ... to have an experienced player in the middle of the park,” Sousa said. “It's not only what he can reach himself but what he can transmit and communicate to the other ones to handle the complexity of the game.”