Protests as Austria grapples with violence against women 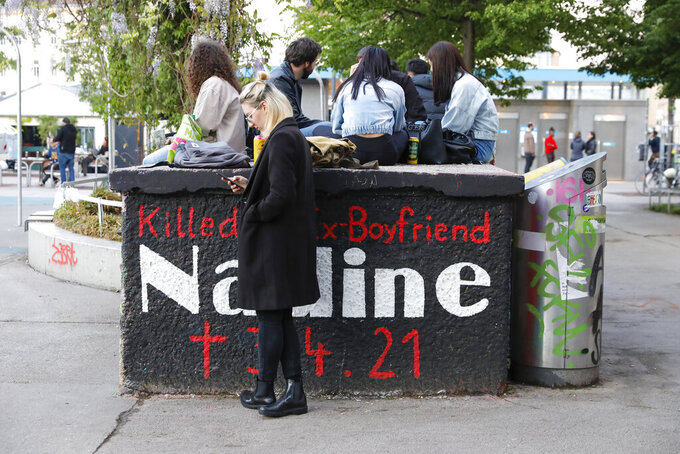 A memorial for Nadine, a woman who was killed on April 5 by her former partner, is set up at the on the Yppenplatz square in Vienna, Austria, Friday, May 14, 2021. Austria is one of the few European Union countries where the number of women killed is higher than the number of men. The recent high-profile cases have led to widespread protests, demands for government intervention and condemnations from top politicians. (AP Photo/Lisa Leutner) 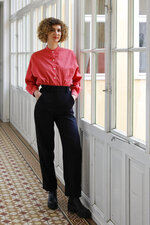 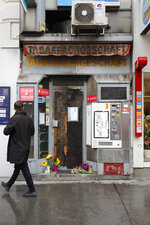 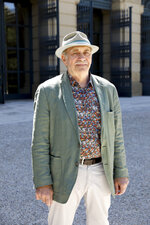 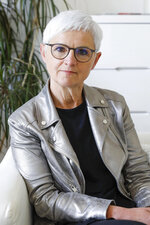 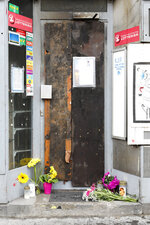 VIENNA (AP) — The 35-year-old woman was working at a tobacco shop in Vienna when authorities say her ex-boyfriend doused her in gasoline and set her ablaze in March. In April, another woman of the same age was found shot to death in her home in the Austrian capital, also reportedly by her ex-partner.

They were the sixth and ninth women to be killed in Austria this year, and five more have followed in the weeks since. That has brought this year’s total so far to 14 slain women, making the Alpine nation one of the few European Union countries where the number of women killed is higher than the number of men.

“Too little is being done to protect women from violence,” van der Bellen said recently after meeting with representatives of women’s shelters and violence prevention organizations.

Experts say a variety of factors have caused the long-standing problem. Those include a view of women as subservient by some in Austria’s conservative Catholic — and more recently Muslim — populations. They also blame the normalization of sexist language by the far-right Freedom Party, which is now in opposition but has been part of two national coalition governments in Austria.

“We’ve seen that the language about and toward women has become more radical,” said Maria Roesslhumer, who heads Austria’s biggest network of women’s shelters and has been sounding the alarm for years. “And when this kind of verbal violence is possible in a country, then the path to physical violence isn’t far.”

The financial crisis of 2008 magnified the problem, as financial insecurity stoked domestic violence. Women's advocates say the coronavirus pandemic is having a similar effect, with many people out of work and stay-at-home orders leaving many victims trapped with their abusers.

Roesslhumer hopes leading politicians have finally gotten the message and will commit to more funding for organizations like hers as well as better enforcement of existing laws on domestic violence.

In the case of the 35-year-old woman killed at home in April in the capital's Brigittenau neighborhood, the main suspect had previously sent threatening, sexually explicit messages to a female politician from the Greens party in 2018. And in the weeks before the killing, he reportedly verbally threatened the victim and her family.

“He took out a pistol and said, ‘You know what this is,’” the victim’s father told Austrian television.

Austria’s homicide rate is low, at fewer than 1 per 100,000 people, but its proportion of women killed versus men is high. Last year, 31 of the country's 43 total murder victims — 72% — were women, according to Roesslhumer's Autonomous Austrian Women’s Shelters, a non-governmental organization that tracks the issue.

There are a handful of countries where the rate of femicides is slightly higher, including tiny Luxembourg, but Europe-wide about 75% of slayings are of men, according to the European Union's Eurostat statistical office.

The victims in Austria came from all ages and backgrounds, but nearly all were killed by their current or former partners, the vast majority in their own homes.

These recent cases, and the rise in domestic violence since the start of the pandemic, “are no surprise to people working in this field,” Laura Wiesboeck, a Vienna-based sociologist who focuses on the issue, told The Associated Press.

“Many experts ... predicted that there would be a rise in male violence against women, especially in the context of intimate partner relationships,” she said. “But politically this hasn’t been heard or prioritized.”

Activists have organized a series of protests in Vienna in the wake of the recent murders and are exploring other ways to highlight the problem.

“This is a societal issue. It affects all of us,” Vienna-based writer and musician Gerhard Ruiss, who organized writers and artists to call for more decisive action from the government, told the AP.

After a virtual roundtable on the issue in May, the Austrian government pledged an additional 24.6 million euros ($30 million) for violence prevention — a significant increase over existing funding, but a small fraction of the 228 million euros requested by organizations in the field.

Kurz suggested, however, that more funding could be made available if needed for measures to protect women and children from violence.

“It will not fail because of money,” he said.

Roesslhumer and other advocates say an additional 3,000 jobs in violence prevention are necessary, and more training is needed for those who work in law enforcement, justice and education to ensure that violence-prevention laws are better enforced. They're also urging police to keep closer tabs on men under restraining orders.

Roesslhumer said the current discussion could be a turning point for more decisive action.

“We hope that it’s a lasting shift, not just a short flare-up that simply fades away,” Roesslhumer said. “I have the impression that there’s a change underway, and that many people understand we can’t go on like this.”

But, she cautioned, “it’s too early to tell.”

Kirsten Grieshaber contributed to this report from Berlin.