Racial reckoning in boardrooms and dugouts as EPL resumes 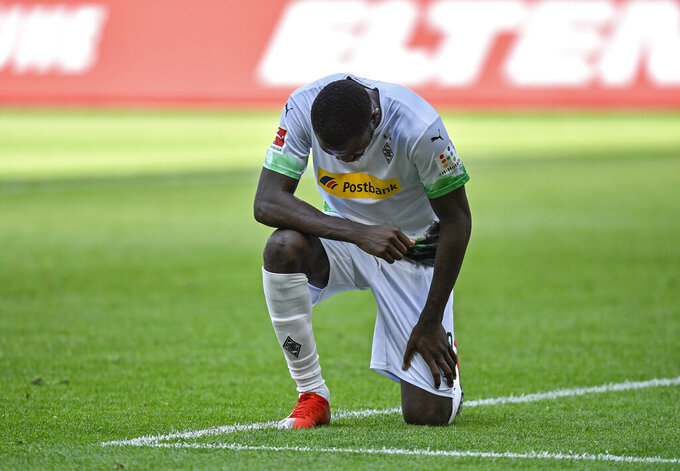 When the time came to vote on restarting the Premier League, no black chief executives or chairmen from the English clubs were involved. There aren’t any across the 20 teams, nor in the leadership of the world’s richest league.

As the league’s 100-day pandemic-enforced shutdown ends on Wednesday, a competition that prides itself on attracting multicultural talent from across the world on the field, is facing a racial reckoning.

There are owners or chief executives of Asian, Indian or Middle Eastern heritage. But the lack of black leaders across the Premier League has appeared jarring amid a groundswell of activism by players demanding an end to inequalities, roused by the brutal police killing of George Floyd in the United States.

“It raises all that exclusion, inequality, injustice,” Paul Elliott, the former Chelsea player now chairing the English Football Association’s Inclusion Advisory Board, told The Associated Press. “It’s been that bridge, that catalyst for the injustice, the unconscious bias, given the popularity of the participants of football being around 30% black and very few in the administrative, executive and boardroom areas.”

Players of all races have already taken a knee as entire squads at training grounds across England. Over the next week, they will take to the field at Premier League stadiums wearing “Black Lives Matter” instead of their names on the back of jerseys.

“The knee and the solidarity behind that will eventually phase out,” Elliott said. “But the problem is still going to be here with us. Then it’s about a cogent, coherent strategy across football -- from the touchline to the boardroom. There has to be a whole reset and accountability.”

Especially in a season when a Premier League game was paused for the first time for warnings about racial abuse in the stands when Tottenham played Chelsea in December.

The toxic elements of football fandom were highlighted outside the British Parliament on Saturday during scuffles featuring far-right activists with police while claiming to be guarding historical monuments that have been targeted recently by anti-racism protesters for their links to slavery and British colonialism. On what should have been the opening weekend of the European Championship, which was postponed due to the pandemic, football chants were adopted by hooligans in the disorder.

“The only disease right now is the racism that we are fighting,” England and Manchester City star Raheem Sterling said last week in a landmark interview with a BBC political show. “Just like the pandemic, we want to find a solution to stop it.”

For that to happen in the national sport, the symbolism of on-field campaigning will somehow need to lead to substantive changes that provide a pathway to more diverse boardrooms, dugouts — and media tribunes which are dominated by white men. There is only one black manager in the Premier League — Nuno Espírito Santo -- at Wolverhampton and no black referees.

Elliot’s presence of the FA’s main board shows how the English game’s governing body has already acted on the need to be more diverse as part of a wider strategy.

“Football has to realize," Elliot said, "with a diverse workforce the decision-making is more effective.”

The rest of Europe has to heed the advice.

Germany's football leadership espouses the virtues of diversity, but all 19 members of the presidential board are white and only one is a woman. The Bundesliga has no black coaches and black players can face racial abuse.

It does not take long to be rehabilitated. Schalke chairman Clemens Tönnies caused outrage early in the season with racist comments about Africans. He eventually stepped down for three months but has since resumed his role.

In Spain, La Liga president Javier Tebas was bemused to be asked about the need for greater diversity.

“You said our board should be changed to have more black people? Racial diversity has to be in line with the structure of your country," he said on a video call with international media. “If in Spanish society we had more black people, obviously they would be represented in our organization.”

The approach, disregarding the need for inclusion, means the black stars on the field in Spain lack representation in positions of power. The players take it on themselves to advocate for racial equality. When Marcelo scored for Real Madrid on Sunday, the Brazilian put his left knee down and raised a right fist in the air.

It is the type of campaigning gesture that will be welcomed when Europe's biggest league resumes this week.