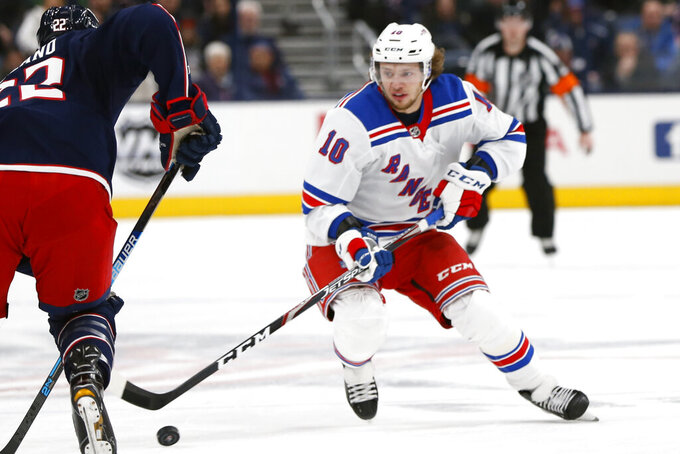 NEW YORK (AP) — NHL MVP candidate Artemi Panarin said Thursday he has concerns about the health and safety of players if the season resumes and about finances beyond that.

The New York Rangers winger posted a statement on Twitter saying he's worried about the “long-term prosperity of the NHL.” His major concern is escrow payments made by players in recent years.

“Players have protected the owners income with escrow, including throughout this pandemic crisis, even as owners' equity continues to grow exponentially,” Panarin said. "It is time to fix the escrow. We as players cannot report to camp to resume play without already having an agreement in place.

“We are all in this together."

The league and NHL Players’ Association are negotiating an extension of the collective bargaining agreement along with a potential return to play amid the coronavirus pandemic. The current CBA expires in 2022, but players have sought Olympic participation and a cap on escrow payments to compensate for a 50/50 split of hockey-related revenue with owners.

Panarin, a 28-year-old from Russia, is in his fifth NHL season. His 95 points were tied for third in the league and helped the Rangers into 11th place in the Eastern Conference when the season was suspended, which got them into the expanded 24-team playoffs.