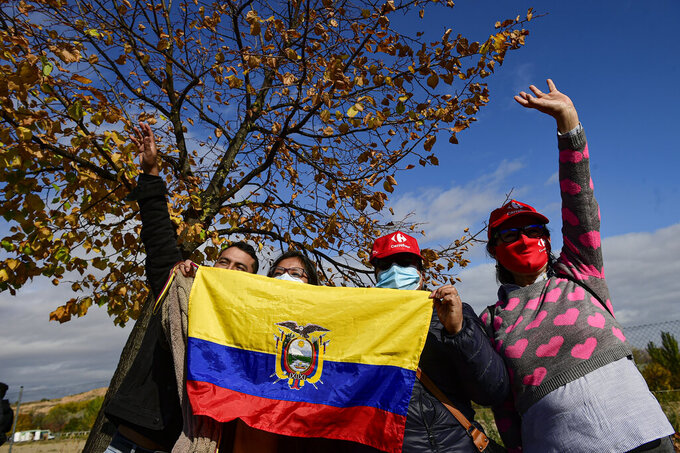 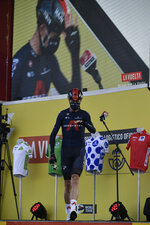 Roglic finished 13 seconds in front of Carapaz on the 164-kilometer (102-mile) stage from Logroño to the Alto de Moncalvillo.

“It was a boring slow start but then the pace went up and it was super hard and fast after the second last climb,” Roglic said. “If there’s an opportunity, I take it. Luckily I had the legs and I’m happy to win. It’s also nice to get some time back but most of all it’s just nice to win the race.”

The Jumbo-Visma rider moved from fourth to second in the overall standings, closing to within 13 seconds of Carapaz, who rides for Ineos.

“It’s been a very animated stage and we’ve seen a strong Roglic, but we’re still in the fight," Carapaz said. "The truth is this duel has been quite nice and it motivates me because it makes it more for an exciting race, mostly for the fans but also for us with the level we’re riding at. It seems like we have a couple of easier days ahead of us but we’re racing and we don’t know what’s coming.”

Dan Martin, of team Israel Start-Up Nation, was third on Wednesday and is also third overall, 28 seconds off the lead.

On Thursday, riders will face a flat 157-kilometer (97-mile) stage that will favor the sprinters.

The Vuelta is taking place amid tight health restrictions as Spain endures a surge in coronavirus cases. The race was postponed from earlier in the year because of the pandemic.