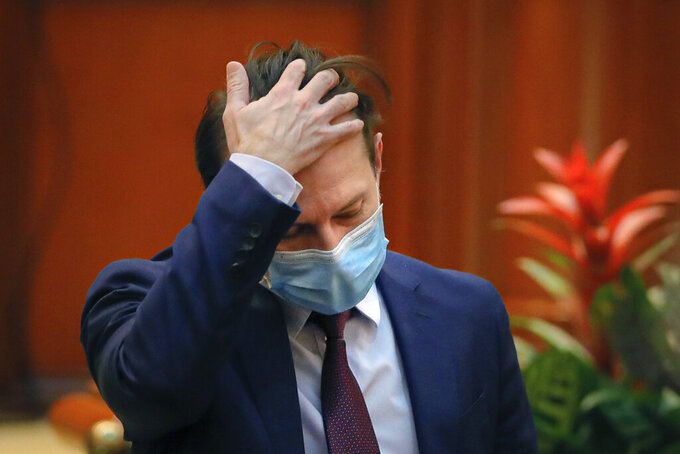 BUCHAREST, Romania (AP) — Romania’s parliament on Wednesday approved a new liberal government and prime minister, keeping out of power a left-leaning populist party that won most votes at a parliamentary election earlier this month.

Some 260 lawmakers in Romania’s 465-seat, two-chamber assembly on Wednesday voted for the new government, while 186 voted against.

Former investment banker and finance minister Florin Citu become the new prime minister at a time when Romania is struggling against the ongoing coronavirus pandemic and its economic fallout.

“I assure you that I will not deceive your trust," Citu told the parliament. “We will do everything we can to achieve the two objectives: to get over the health crisis as soon as possible and to get the economy back on its feet.”

Citu had stints as an economist for the New Zealand central bank and the European Investment Bank before entering politics in 2016. He studied in the U.S.

He is from the ruling National Liberal Party (NLP) whose leader and former Prime Minister Ludovic Orban resigned in the wake of the Dec. 6 vote. Citu was backed by three more parties, giving him a majority in Romania’s two-chamber parliament.