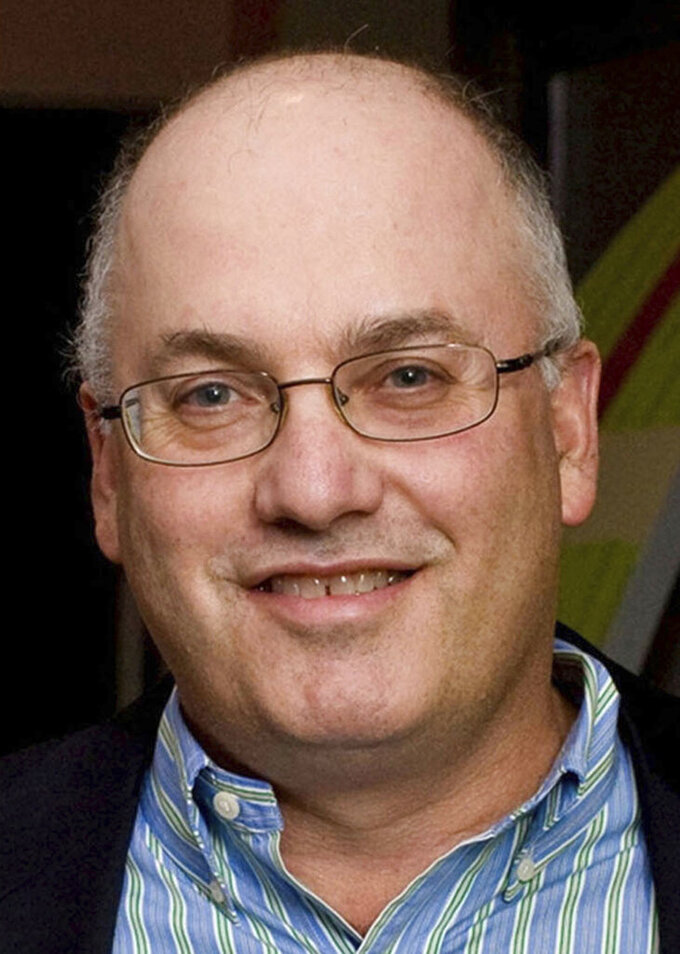 FILE - In this Dec. 10, 2009 file photo, billionaire hedge fund manager Steve Cohen attends a benefit in New York. Major League Baseball owners voted Friday, Oct. 30, 2020, to approve the sale of the New York Mets to Cohen. The sale from the Wilpon and Katz families values the franchise at between $2.4 billion and $2.45 billion, a record for a baseball team. The sale is likely to close within 10 days. (AP Photo/File)

The vote was 26-4, a person familiar with the meeting told The Associated Press, speaking on condition of anonymity because the balloting was not announced. Cohen needed 75% approval.

The transfer from the Wilpon and Katz families values the franchise at between $2.4 billion and $2.45 billion, a record for a baseball team that tops the $2 billion sale of the Los Angeles Dodgers from Frank McCourt to Guggenheim Baseball Management in 2012. The Mets sale is likely to close within 10 days.

Cohen pledged to inject about $9.5 million in additional payments this offseason for pandemic-hit employees.

“I am humbled that MLB’s owners have approved me to be the next owner of the New York Mets,” Cohen said in a statement. "Owning a team is a great privilege and an awesome responsibility."

An entity controlled by Cohen will own 95% of the franchise, and the Wilpon and Katz families will retain 5% of the team.

“My family and I are lifelong Mets fans, so we’re really excited about this,” Cohen said. “With free agency starting Sunday night, we will be working towards a quick close.”

Cohen said all Mets employees, including unionized groundskeepers, security guards and engineers, will receive restored pre-pandemic salaries as of Sunday that reverse 5-30% salary cuts begun in March. He valued the restoration at over $7 million.

A seasonal relief fund will start Sunday and run through opening day for about 1,000 Citi Field employees of subcontractors that makes each eligible for $500 monthly, a commitment of about $2.5 million.

Cohen pledged to “dramatically increase” giving by the Mets Foundation and to prioritize not-for-profits and causes in the Citi Field area. He agreed to donate $17.5 million to programs developed by New York City to make grants to area small businesses through the New York City Economic Development Corporation.

Cohen made his announcement as New York City Mayor Bill de Blasio said the city does not object to the sale. The city had the right to review the proposed transfer of the lease of Citi Field, the Mets' home since 2009.

“We appreciate Fred’s decades of service to league committees and the governance of the game," baseball Commissioner Rob Manfred said in a statement. “Steve will bring his lifelong passion for the Mets to the stewardship of his hometown team, and he will be joined by highly respected baseball leadership as well. I believe that Steve will work hard to deliver a team in which Mets fans can take pride.”

The 64-year-old Cohen is CEO and president of Point72 Asset Management. He first bought an 8% limited partnership stake in the Mets in 2012 for $40 million.

“I know that Steve Cohen and his family share the same passion we’ve had for the Mets and for this city,” Fred Wilpon said in a statement. “Steve will continue, and will build upon, this organization’s longstanding commitment to the support of our community, and of those in need, which is especially important at this time. He shares the view that Saul, Jeff and I have long held, that ownership of the Mets is a public trust.”

The publisher Doubleday & Co. bought the Mets on Jan. 24, 1980, from the family of founding owner Joan Payson for $21.1 million, with the company owning 95% of the team and Wilpon controlling 5%.

Wilpon and his Sterling Equities partners completed his buyout of Doubleday on Aug. 23, 2002, ending what had become an acrimonious partnership. Under the original appraisal, Doubleday would have received $137.9 million — half the team’s $391 million value after accounting for debt. Wilpon sued, and the sides then settled.

The Mets failed to win any titles under the Wilpons’ time of sole control and their final dozen years were hampered by financial losses from the Bernard Madoff Ponzi scheme.

“It has been a privilege and honor for our families to have been a part of this great franchise for the past 40 years,” Fred Wilpon said. “We would like to express our deep appreciation for our loyal and passionate fans, who have consistently supported this organization through the years. We’d also like to thank the many great players, managers, coaches and dedicated employees with whom we’ve been privileged to work with through the years.”

Cohen controlled SAC Capital Advisors, which in 2013 pleaded guilty to criminal fraud charges. SAC agreed to pay a $900 million fine and forfeit another $900 million to the federal government, though $616 million that SAC companies had already agreed to pay to settle parallel actions by the U.S. Securities and Exchange Commission was to be deducted from the $1.8 billion.