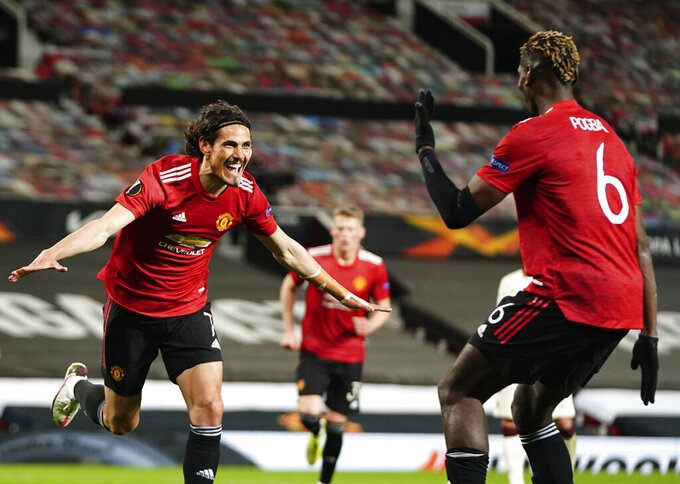 NYON, Switzerland (AP) — UEFA started selling tickets on Monday for the Europa League final in Poland with 2,000 seats to be allocated to each club from the maximum limit of 9,500.

It is unclear if fans of the two finalists can enter Poland, where authorities have approved a limit of 25% of the stadium capacity at Arena Gdańsk for the May 26 game.

“Supporters from abroad will have to comply with border entry restrictions and requirements that will be in force at the time of the final as no exemptions will be granted to ticket holders,” UEFA said in a statement.

An all-English final is possible with Manchester United leading Roma 6-2 after the first-leg games in the semifinals last week. Arsenal will host Villarreal in their second leg on Thursday trailing only 2-1.

The British government currently advises “against all but essential travel” to Poland with stated exemptions for elite athletes but not spectators. Visitors to Poland must currently self-isolate when they return.

Access to the stadium in Gdańsk “may include the need for proof of a vaccine or a negative COVID-19 test result,” UEFA said.

Ticket prices range from 40 euros ($48) to 130 euros ($157) with 2,000 being sold to fans worldwide in a ballot through UEFA’s website. Applications close on Friday. UEFA has allocated 3,500 seats in total for local organizers, international soccer officials, sponsors and broadcasters.

UEFA said it “will reimburse the full price of the ticket to successful buyers should a reduction to the stadium capacity be announced by the local authorities at a later stage.”

Gdańsk is staging the Europa League final one year after its original hosting date was postponed during the coronavirus pandemic. Last year’s competition was completed as a mini-tournament in Germany.