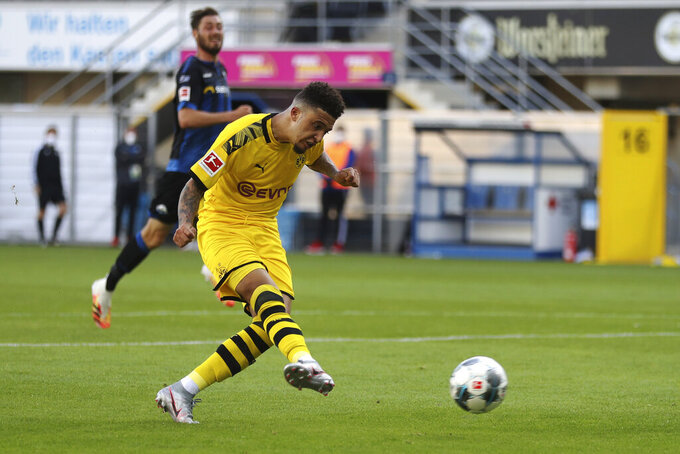 The league said Sancho and Akanji “apparently violated general hygiene and infection protection standards” to have a barber visit them at home, as seen in photos published on social media. There were no facemasks visible in the photos.

There were similar photos of Dortmund teammates Dan-Axel Zagadou and Raphäel Guerreiro with Düsseldorf-based barber Winnie Nana Karkari, but they were not mentioned in the league statement. The Bild tabloid reported Karkari also visited Axel Witsel and Thorgan Hazard last Thursday.

“It goes without question that professional soccer players also need their hair cut. However, this must be done in accordance with the medical-organizational concept at the moment,” the league said in its statement.

It did not give the value of the fines. Sancho and Akanji have five days to appeal.