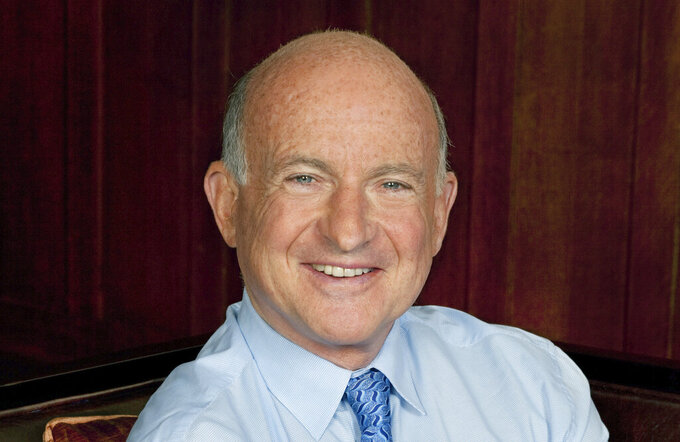 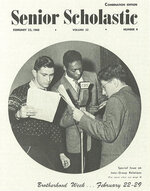 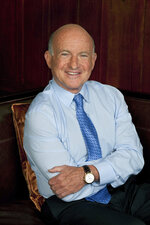 NEW YORK (AP) — When the pandemic shut down schools nationwide in March, Scholastic Corp. immediately pivoted, offering a free online learning hub for millions of families with kids. Two months later, civil unrest caused the company to quickly jump in and ramp up coverage on racial inequality for teachers, parents and students.

Tackling turmoil and cultural change is nothing new for the 100-year-old company, now the world's largest publisher and distributor of children's literature and education materials. Founded as a single classroom magazine by Maurice R. Robinson, Scholastic has covered such topics as class warfare during the Depression era, civil rights riots in the 1960s and recent transgender issues in a way that it says encourages critical thinking and discussion.

Under the 46-year stewardship of CEO, chairman and president Richard Robinson, Scholastic brought “Harry Potter” to readers, embarked on a global expansion and launched 32 classroom magazines, in all formats, reaching more than 25 million readers.

The publicly traded company, with sales of $1.65 billion, distributes one out of every three children’s books purchased in the U.S. through school-based Scholastic Book Clubs and Book Fairs, instructional programs, non-profit partners, retail outlets and online.

The 83-year-old Robinson, a Harvard graduate and son of the founder, had worked as a teacher and took on such odd jobs as a bricklayer before joining Scholastic in the mid-1960s. During a recent interview with The AP, he talked about a wide range of issues, including COVID-19's impact on its business, online learning and tackling the issue of racial inequality. The interview has been edited for clarity and length.

A. Like other companies, responding to COVID-19 has been extremely challenging. The widespread school closings impacted nearly every Scholastic division, especially our Book Fairs group, which saw fair cancellations this spring. In order to maintain the financial health of the company, we have had to make some difficult decisions including a combination of furloughs and shortened work weeks and in some cases, job elimination.

Q. Tell me more about how you pivoted to online in March.

Q. When schools closed on March 13, we created something called Scholastic Learn at Home, a digital learning device which we delivered free to families with kids at home. That was an incredible success. Right now, it is running 80 million page views for the period from March 15 to the present, with about 30 million visitors. It’s a combination of videos, information and learning journeys. It suggests that there is a considerable market for that and that is a significant way to reach kids for learning that is open tor us to develop further.

A. I have been deeply committed to bringing stories that promote and celebrate Black voices, experience, history and culture to children for over 50 years. This dates back to 1964 when we first introduced young readers to the multicultural magazine Scholastic Scope focusing on kids of the inner city, and our publication in 1973 of the Scholastic Black Literature Series, six anthologies published in cooperation with Los Angeles city schools which brought outstanding African American literature to young people in grades 7 to 12.

Q. What are your plans to increase titles by authors of color?

A. We introduced (in January) something called “Rising Voices,” which is for first grade through grade 5 and are stories by and about and for Latino and African American boys. It’s getting great response from the schools. In the fall, we'll be continuing to focus on these issues in our magazines and also through increased amount of publishing for diverse kids through our trade publishing operation.

Q. How are you using this moment to increase diversity within your company?

A. Thirty percent of our U. S. staff and 23% of our management ranks are Black, Indigenous or people of color. Three members of our 14-person executive team are people of color, and half are women. We are challenging ourselves to increase that percentage so it more closely reflects the diversity of the kids we serve across the U.S., and keeping this top of mind as we identify and develop the next generation of Scholastic leaders.

Q. How do you educate without being one-sided given such a politically polarized environment?

A. We are dealing with issues like global warming, racial inequality in a way that doesn’t polarize the issue but gives points of views on both sides and is a balanced neutral position but not in a sense of being bland. Here are the arguments on the other. Here is what people are saying. Here are questions you can ask to formulate your own view.

Q. Tell me about the Scholastic books that have been banned.

A. We strongly believe our books and magazines need to address tough topics that are relevant, even if we get backlash or boycotted. This year, eight of the 10 most challenged books on the American Library Association’s Most Challenged Books List were there because of (Lesbian, Gay, Bisexual, Pansexual, Transgender, Genderqueer, Queer, Intersexed, Agender, Asexual, and Ally community) content, and we are proud that two of them were published by Scholastic: Raina Telgemeier’s “Drama" and Alex Gino’s “George," the number one most challenged book of last year.