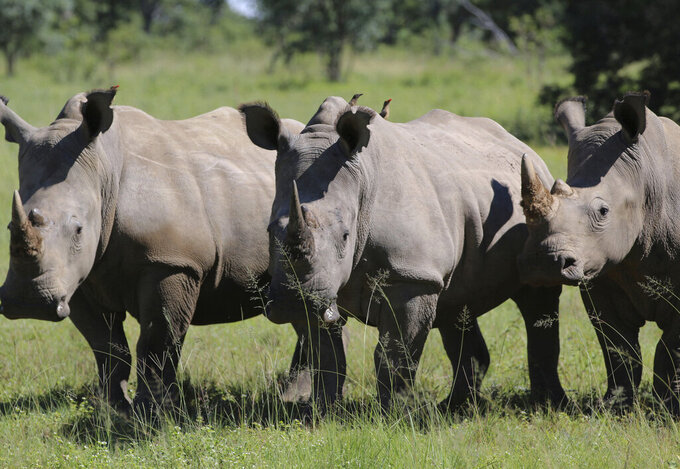 According to authorities, 394 rhinoceroses were poached for their horns compared to 594 that were killed in 2019.

“During the COVID hard lockdown period we had a significant reduction in poacher incursions into Kruger National Park,” Minister Barbara Creecy announced in a statement.

“However, that changed later in the year as the lockdown levels eased and a significant spike in poaching in Kruger was experienced toward the end of 2020, especially during December,” she said.

This was the sixth consecutive year that a decline in poaching in the country had been recorded, according to Creecy.

Significant arrests of poachers had also been made, thanks to cooperation between law enforcement agencies and prosecutors, resulting in a 97.8% conviction rate of poachers that have been prosecuted.

Much improved cooperation with other African countries including Botswana, Eswatini (formerly Swaziland), Kenya, Namibia, Mozambique and Zimbabwe have also contributed to the decline, she said.

Environmental activists lauded the decline in poaching but said it also shows a general decline in the number of rhinos in the country.

Kruger Park is home to the world’s largest rhino population, its number of rhinos has declined by 59% since 2013, with a current population of 3,529 white rhino and 268 black rhino, according to a report by the national parks.

“Even if the poaching figures for the whole of 2020 show a further decrease on previous years’ mortalities, that’s little comfort when there has been such a dramatic decline," Cathy Dean, head of Save the Rhino International, said in a statement.

"These latest population counts from Kruger National Park beg the question: Are there now simply too few rhinos for poachers to find?” Dean wrote.