Stocks rise as the economy shows more signs of improvement 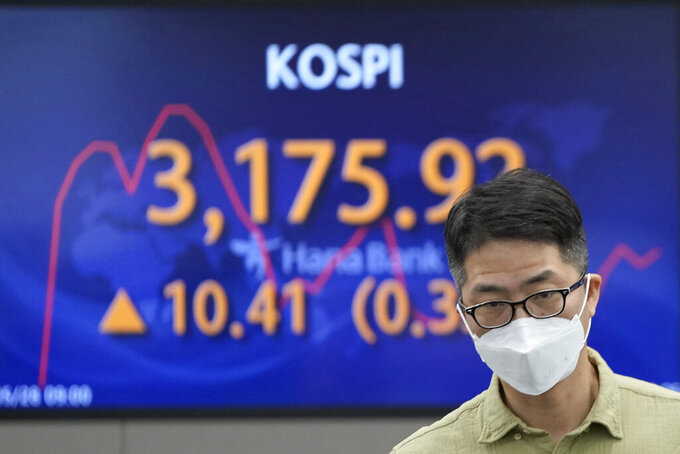 Tokyo's Nikkei 225 index climbed 2.2% and other regional benchmarks all were higher.

It is the latest technology company to list in the semi-autonomous Chinese city as Beijing ups scrutiny of the industry. grows over the technology sector in Beijing. Its IPO was the second largest for the market this year after short video firm Kuaishou raised $5.3 billion.

Markets were lifted by mostly positive reports Thursday. The number of Americans who filed for unemployment benefits fell yet again to a pandemic low of 406,000. Workers are heading back into the active labor force as states, all of them controlled by Republicans, cut $300-a-week jobless benefits that were part of the latest economic recovery package.

The positive open “follows optimism around U.S. economic data boosting the recovery theme and may potentially spur some catch-up growth in Asia indexes, considering that they have been lagging," Jun Rong Yeap of IG said in a commentary.

Industrial and financial stocks were among the biggest gainers. General Electric jumped 7.1% for the biggest gain in the S&P 500, while Boeing rose 3.9% and JPMorgan Chase added 1.6%. Those gains were tempered largely by slide in technology companies. Health care and household goods makers also lagged the broader market. Treasury yields and energy prices rose.

Bond yields have nudged upward this week. The 10-year U.S. Treasury note was trading at a yield of 1.62% on Friday, up from 1.57% on Wednesday. But it has remained around that level for the last two weeks.

In other trading, U.S. benchmark crude oil gained 33 cents to $67.18 per barrel in electronic trading on the New York Mercantile Exchange. It picked up 64 cents to $66.85 on Thursday. Brent crude, the international pricing standard, rose 28 cents to $69.48 per barrel.