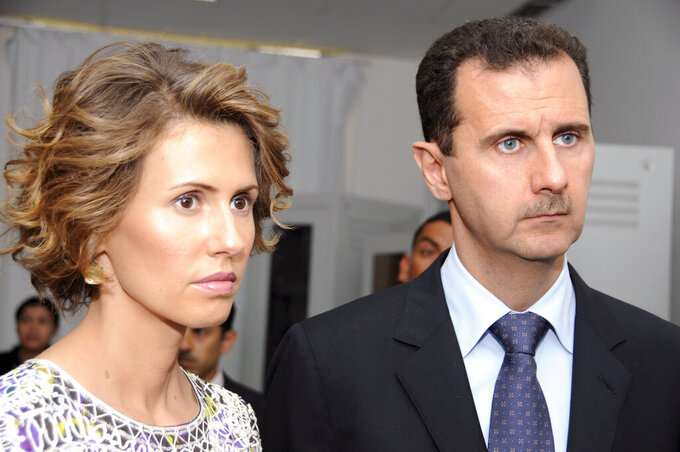 Assad, 55, and his wife have had mild symptoms of the illness and are continuing their work as usual from home. They plan return to normal life once they test negative for COVID-19, the illness caused by the virus, the presidency said.

Syria has registered 16,656 cases of coronavirus, including 1,110 deaths in government-held areas. The numbers are believed to be much higher because of limited testing being done, particularly in areas of northern Syria outside government control.

Examinations of the first couple show their health “is gradually returning to normal,” the presidency statement said. “They are in a stage of recovery.”

Assad’s wife, Asma, who is 10 years younger, announced her recovery from breast cancer in 2019.

The pandemic, which has severely tested even developed countries, has been a major challenge for Syria’s health care sector, already depleted by years of conflict.

Earlier this month, Syria began a vaccination campaign amid rising numbers of infections. The health minister said the government procured the vaccines from a friendly country, which he declined to name.