TCU gets to 10 games by adding Louisiana Tech on Dec. 12 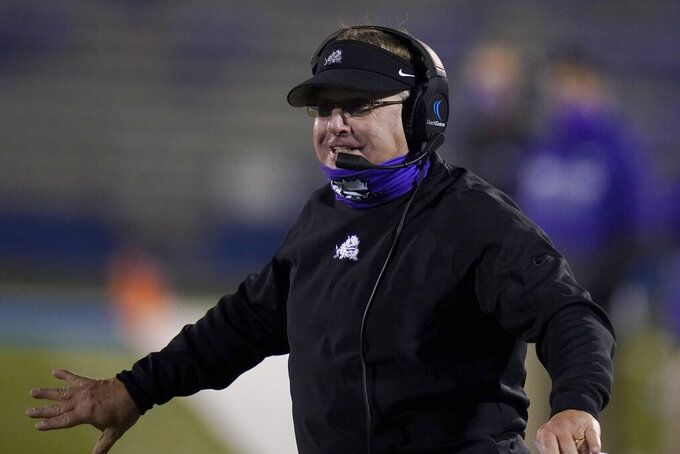 FORT WORTH, Texas (AP) — TCU has added a nonconference home game against Louisiana Tech on Dec. 12, giving the Horned Frogs a 10th scheduled game this season.

The Horned Frogs had to postpone their only scheduled nonconference game against SMU in September after positive COVID-19 tests in the TCU program. That game, which was supposed to be TCU's season opener, has now been canceled.

SMU and TCU were unable to reschedule their game for this month because the Mustangs are being required by the American Athletic Conference to keep Dec. 12 open in case their league needs to make additional schedule changes.

Louisiana Tech (4-3) is getting ready to play its first game since Oct. 31 at North Texas on Thursday. The Bulldogs' last two games were canceled, and two others were postponed, including the game against the Mean Green that was originally scheduled for Nov. 7.

The Bulldogs had a scheduled Sept. 12 game at Baylor canceled after the Bears had positive COVID-19 tests that affected a position group.