Teacher who turned ALS diagnosis into a movement dies at 71 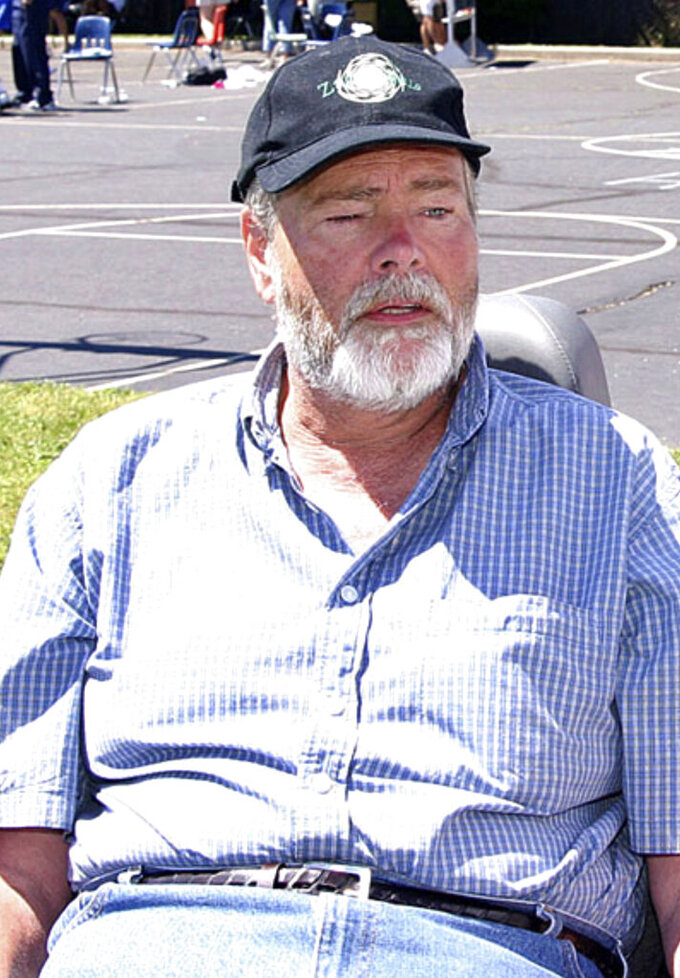 This 2004 photo shows Christopher Pendergast, a suburban New York teacher who turned a dreaded Lou Gehrig’s Disease diagnosis into a decades-long campaign to raise awareness and fund research. Pendergast died from the illness on Wednesday, Oct. 14, 2020. He was 71. (AP Photo/Michael Sisak) 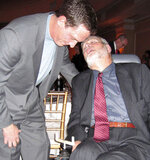 Christopher Pendergast, a suburban New York teacher who turned a dreaded Lou Gehrig’s Disease diagnosis into a decadeslong campaign to raise awareness and fund research, died from the illness on Wednesday. He was 71.

Pendergast was the driving force behind the ALS Ride for Life, an annual wheelchair ride across Long Island that has raised more than $10 million for research, patient and caregiver services, and education about the neurodegenerative disease, formally known as amyotrophic lateral sclerosis.

Pendergast's family confirmed his death. He had been on home hospice care for several days and was surrounded by loved ones in his final moments. The disease took his ability to speak about a year ago, but his mind remained sharp and he communicated through an eye gaze computer.

“Our dad, despite all odds, lived life just how he wanted,” the family said in a statement.

The news of Pendergast’s death spread quickly on social media, eliciting tributes and remembrances from former students, colleagues and people who have been touched by his efforts. A funeral Mass will be celebrated Monday in his hometown, Miller Place. It will also be streamed online.

“He’s a hero to all of us,” said Ray Manzoni, a friend who serves as the chairman of the ALS Ride for Life organization.

“Mr. P just had an air about him that he was going to fight this to the end," said Don Strasser, a chemistry teacher in Northport, where Pendergast taught elementary school and remained a fixture at ALS fundraisers and class activities. “He gave so many people hope. ... He’s done that, time and time again for so many patients.”

Pendergast led the first ALS Ride for Life in 1998, five years after his diagnosis. It was an ambitious, 15-day journey to Washington, D.C., that started at Yankee Stadium in the Bronx, where baseball legend Lou Gehrig called himself “the luckiest man on the face of the Earth” after his own ALS diagnosis in 1939.

The route moved closer to home in subsequent years, with Pendergast in his motorized wheelchair leading a small group of ALS patients from Montauk, at the eastern tip of Long Island, to New York City, some 118 miles (190 kilometers) away. The two-week trek each spring drew immense community support. Local police provided escorts, people rode along on bicycles or joined on foot, and onlookers would sometimes step into the street to hand over spare change.

The money the ride raised has funded a variety of ALS-related programs, including the Christopher Pendergast ALS Center of Excellence. The center, opened at Long Island's Stony Brook University more than a decade ago, provides a level of diagnostic and treatment services that were previously only available in New York City.

Pendergast and his wife, Christine, chronicled their experiences as patient, caregiver and advocates in a recent book, “Blink Spoken Here: Tales From A Journey To Within.”

Pendergast, who retired from teaching in 2003, returned to schools frequently to offer an inspirational message of perseverance in the face of adversity. He last visited with Northport High School students in February, just before the coronavirus forced the closure of schools and businesses and the cancellation of events, including May's edition of the Ride for Life.

From the start, Pendergast saw his diagnosis as a calling to help others. In 1997, as ALS ate away at his ability to walk, he marched outside the Food and Drug Administration's offices in Washington, pressing for approval of an unproven but potentially beneficial therapy.

“One day I’m going to be chained to that door,” Pendergast told The Associated Press at the time. “It’s the politics of power, and we have been powerless for too long.”

In 2005, after another Northport teacher revealed his ALS diagnosis, students were inspired to start their own fundraising event, an annual gala dubbed “Midwinter Night’s Dream.” The event, the brainchild of one of Pendergast's elementary school science students, attracted celebrity guests such as “The Sopranos” star Edie Falco and pitcher David Cone.

Pendergast shared advice with students from his own charitable experiences and was a celebrated guest at each year's gala. But, Strasser said, he was also careful not to take the spotlight from David Deutsch, the other Northport teacher battling ALS. Deutsch died in 2012 and the last gala was held in 2014.

“There’s no doubt that being involved actively in fighting the disease in this form is life-lengthening,” Pendergast said at the first event. “We can’t undergo chemotherapy or invasive types of surgical procedures to allow us to fight back against the disease, so we have a choice of laying down and doing nothing and allowing the disease to steamroll right over us, or to fight back with spirit and get involved... That is our only medicine.”