Tennessee inmate asks court to declare he can't be executed 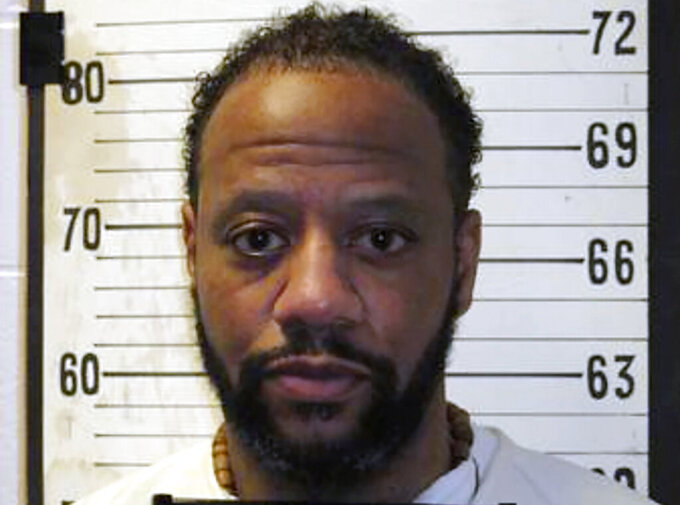 NASHVILLE, Tenn. (AP) — A Tennessee death row inmate's attorneys on Wednesday asked a court to declare that he cannot be executed because he is intellectually disabled.

The petition was filed in Memphis Criminal Court one day after Gov. Bill Lee signed a bill making retroactive Tennessee's law that prohibits the execution of the intellectually disabled.

Such executions were ruled unconstitutional in 2002, when the U.S. Supreme Court found they violate the Eighth Amendment's ban on cruel and unusual punishment. But until Tuesday, Tennessee's law had no mechanism for an inmate to reopen his case in order to press a claim of intellectual disability.

Attorneys for Pervis Payne, 54, have long argued that he is intellectually disabled and helped push for the change to the law. The petition they filed on Wednesday includes IQ tests as well as declarations from teachers, employers, neighbors and family members attesting to Payne's learning and functioning difficulties.

A sister seven years younger than Payne reported that when they were children, he was incapable of helping her with homework. Others said Payne could not count money or add up items at a store. He struggled to read and had a very limited vocabulary. Although he attended school through the 12th grade, he failed the proficiency test five times and was never able to graduate. A supervisor at Pizza Hut described him as “mentally challenged” and said he had difficulty remembering simple instructions.

Payne was sentenced to death in a Memphis court for the 1987 stabbing deaths of Charisse Christopher and her 2-year-old daughter, Lacie Jo. Christopher’s son, Nicholas, who was 3 at the time, also was stabbed but survived. Payne, who is Black, has always claimed innocence. He told police he was at Christopher’s apartment building to meet his girlfriend when he heard the victims, who were white, and tried to help them. He said he panicked when he saw a white policeman and ran away.

Payne’s case was still under appeal when the Supreme Court ruled that it was unconstitutional to execute the intellectually disabled, but he didn’t claim a disability until after his appeals were exhausted. That involved reopening his case and required a change in state law.

“It was only after it was too late that Payne’s attorneys decided to file,” Shelby County District Attorney General Amy Weirich said in an emailed statement. “The new law signed by Governor Lee allows Payne to file the petition today, which he has done. It will now be up to the courts to decide, based upon the evidence presented and the law.”

Last year, a judge ruled to allow DNA testing in Payne's case for the first time. His DNA was found on the hilt of the knife used in the killings, which matches his trial testimony that he cut himself while handling the knife as he tried to help the victims, defense attorney Kelley Henry told the court at a January hearing.

Payne’s DNA was not found on the handle although partial DNA evidence from an unknown man was. However, there was not enough DNA material to enter it into a national FBI database and attempt to match it to someone else, Henry said. Scrapings from Christopher’s fingernails, collected from the crime scene, could not be located for testing.

Payne had been scheduled to die last December, but the execution was delayed after Lee granted him a rare, temporary reprieve because of the COVID-19 pandemic. The reprieve expired in April, but the state Supreme Court has not set a new execution date yet.

State Rep. G.A. Hardaway, a Memphis Democrat and chairman of the Tennessee Black Caucus, cosponsored the bill that allowed Payne to petition the court on Wednesday. In a written statement, Hardaway called on Weirich not to fight Payne's intellectual disability claim.

“The motto on the Shelby County District Attorney’s website is ‘Do the right thing every day for the right reason,'" Hardaway said. "Well, now is the time to do the right thing. D.A. Weirich should join with the Memphis community – her constituents – and agree that Pervis Payne is a person with intellectual disability. As such, his execution would be unconstitutional.”