Tribute to King, rebuke of demagogues in Warnock sermon 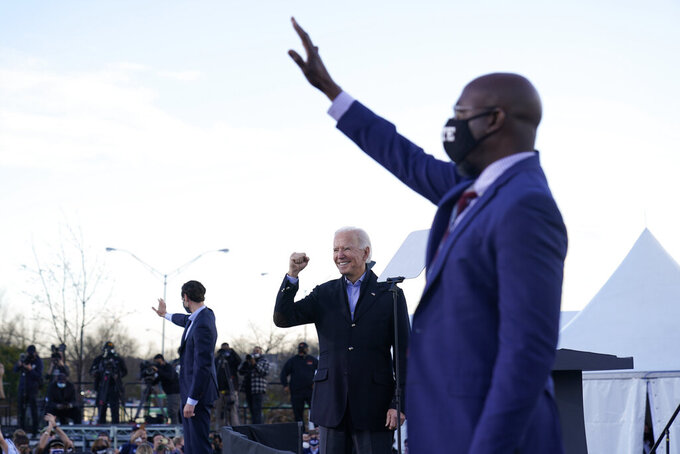 ATLANTA (AP) — A day before the nation's annual holiday celebrating life of the Rev. Martin Luther King Jr., Sen.-elect Raphael Warnock of Georgia returned to the pulpit at the church that was King’s spiritual home, calling for the nation to adhere to “God's vision of equity.”

Warnock's wide-ranging holiday message included a tribute to King and a remembrance of his last days organizing an anti-poverty crusade before he was gunned down in Memphis, Tennessee, in 1968.

Warnock decried the pain and death of the COVID-19 pandemic. And he called the Jan. 6 attack on the Capitol by supporters of President Donald Trump, “an unthinkable attack on the very house of the people by those who are driven by the worst impulses, stirred up by demagogues.”

Election victories over incumbent Republicans by Democrats Jon Ossoff and Warnock in Georgia ensured a 50-50 Senate split, positioning Vice President-elect Kamala Harris as the tie-breaking vote for Democratic control. But Ossoff and Warnock cannot join the chamber until Georgia Secretary of State Brad Raffensperger certifies the final vote tally. Raffensperger, a Republican, has said he could act as soon as Tuesday.

Warnock didn't mention the outgoing president by name in his sermon but included clear criticisms of Trump as he named “crooked places” that he said God seeks to make straight. “You don't like the facts? Just create some ‘alternative facts,’” Warnock said, referencing a term once used by a former Trump aide. “Just exchange science for fiction, or your own imagination.”