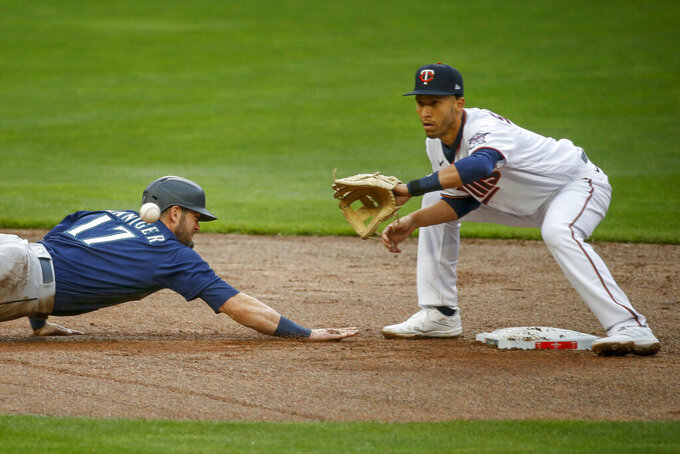 MINNEAPOLIS (AP) — Minnesota Twins shortstop Andrelton Simmons tested positive for COVID-19 and was placed on the COVID-19 injured list Wednesday before the doubleheader against Boston.

Simmons has said he doesn't plan to take the vaccine, which was made available in a single-shot dosage to the team at Target Field last Thursday. Twins president of baseball operations Derek Falvey said Simmons was experiencing “very mild” symptoms and resting at his home. The positive test result was received late Tuesday, after the Twins lost 4-2 to the Red Sox.

After the initial phase of contact tracing, the Twins determined no additional players needed to be quarantined. If he is asymptomatic, Simmons can return 10 days after the original test as long as he comes back negative at the end of the waiting period.

Simmons was replaced on the roster by infielder J.T. Riddle, who was summoned from the taxi squad. Third baseman Josh Donaldson, out since the season opener with a strained hamstring, was expected back for the second game of the doubleheader.

The Twins held a meeting to remind players and staff to heed virus protocols, even though a majority of them have gotten vaccinated. The full immunization period isn't in effect yet.

“We’re not out of the woods by any means on that front,” Falvey said, adding: “Now is the time to be as vigilant as possible.”

Simmons said on Twitter last month he would not be getting the vaccine or advocating for it, for “personal reasons and past experience,” on which he declined to elaborate. He confirmed on Sunday that he did not participate in the team-wide vaccination. Asked if he planned to get the shot in the future, Simmons said he didn't know.

“We want to continue to educate people in the environment. This is real. This is something that can enter. We know that,” Falvey said. “Sometimes no one really knows exactly how it can come at different times. We know that from looking not just across our sport, but across all sports and across the country and the world. Our view of that is constantly reminding people of why we think it’s a good idea to get vaccinated. Our docs have recommended that, and so we continue to provide them as resources to players, to learn as much as they can about this.”