UN refugee agency calls on US to end asylum restrictions 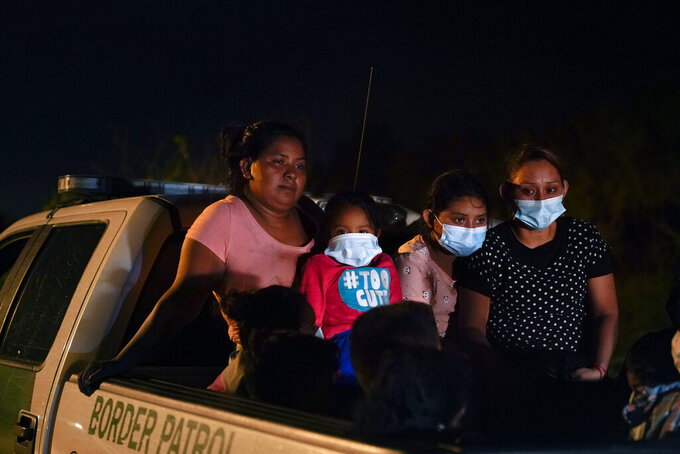 Migrants from Honduras wait in a Border Patrol truck after turning themselves in upon crossing the U.S.-Mexico border Monday, May 17, 2021, in La Joya, Texas. The Biden administration has agreed to let up to about 250 people a day in the United States at border crossings with Mexico to seek refuge, part of negotiations to settle a lawsuit over pandemic-related powers that deny migrants a right to apply for asylum, an attorney said Monday. (AP Photo/Gregory Bull)

GENEVA (AP) — The U.N. refugee agency made an unusual plea Thursday for the Biden administration to lift pandemic-related restrictions on people seeking asylum in the United States.

U.N. High Commissioner for Refugees Filippo Grandi asked for an end to so-called Title 42 authority, named for a section of an obscure 1944 U.S. public health law that former President Donald Trump used in March 2020 to effectively end asylum at the U.S.-Mexico border. President Joe Biden has kept the policy in place, though he has exempted children who are traveling alone.

Under the practice, people from Mexico, Guatemala, Honduras and El Salvador are quickly expelled from the U.S. to Mexico without a chance to seek humanitarian protection.

In a sharply worded statement, Grandi said denying rights to seek asylum and pushing people out of the country violates “core precepts” of the 1951 U.N. Refugee Convention and that the expulsions have had “serious humanitarian consequences in northern Mexico.”

U.S. Homeland Security Secretary Alejandro Mayorkas testified in Congress last week that Title 42 is “not a tool of immigration, it is a tool of public health” authorized by the U.S. Centers for Disease Control and Prevention. His message is being met with growing skepticism as the U.S. slowly returns to normal.

“At the height of the public health emergency, many countries put in place protocols such as health screening, testing and quarantine measures, to simultaneously protect both public health and the right to seek asylum,” he said.

More than 60% of U.S. Customs and Border Protection’s nearly 179,000 encounters with migrants on the Mexican border in April resulted in expulsions under Title 42, making it a cornerstone piece of the U.S. immigration system.

The Homeland Security Department did not immediately respond to a request for comment Thursday.