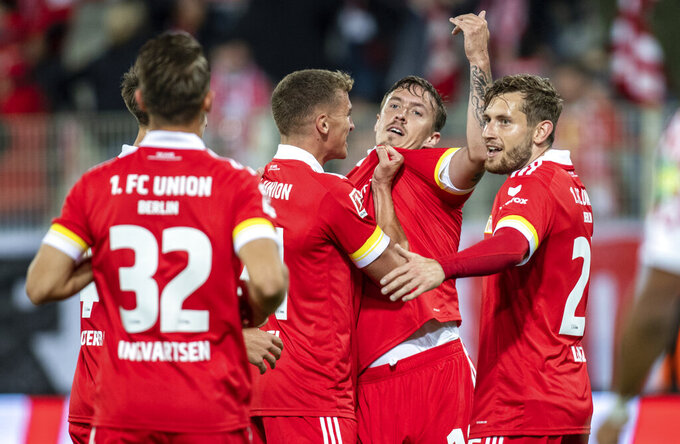 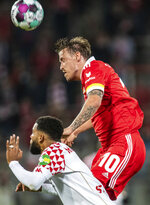 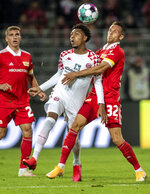 BERLIN (AP) — Former Germany striker Max Kruse launched Union Berlin to a 4-0 rout of Mainz for its first Bundesliga win of the season on Friday.

Finland forward Joel Pohjanpalo also scored, just seconds after coming on for his debut, to wrap up a debut to forget for new Mainz coach Jan-Moritz Lichte.

Former assistant coach Lichte took over Mainz on an interim basis on Monday when the club fired Achim Beierlorzer after losing its first two games and players boycotted a training session in support of a demoted player, Adam Szalai.

Union has no such problems.

Kruse opened the scoring in the 13th minute with his first goal on his first start for the club. Sheraldo Becker crossed from the right and Kruse’s powerful header set off celebrations among the socially distanced supporters in attendance.

Up to 4,400 fans were allowed in Stadion an der Alten Försterei under measures designed to combat the risk of coronavirus infections. Normally 22,000 would attend.

Union continued pushing forward against the harmless visitors, but failed to convert any more chances before the break.

That changed early in the second half, when Union captain Christopher Trimmel had plenty of space to cross for Marcus Ingvartsen to convert from close range.

Marvin Friedrich scored with a header to a free kick in the 63rd, and Pohjanpalo made the most of more lackluster defending when he scored a minute later. The goal came seconds after the Finland forward came on in place of Kruse for his Union debut after joining on loan from Bayer Leverkusen on Wednesday.

Lorius Karius, who joined Union on loan from Liverpool, was forced to wait for his debut as coach Urs Fischer kept faith with Andreas Luthe in goal.