US striker Sargent kept out of national team camp by Bremen 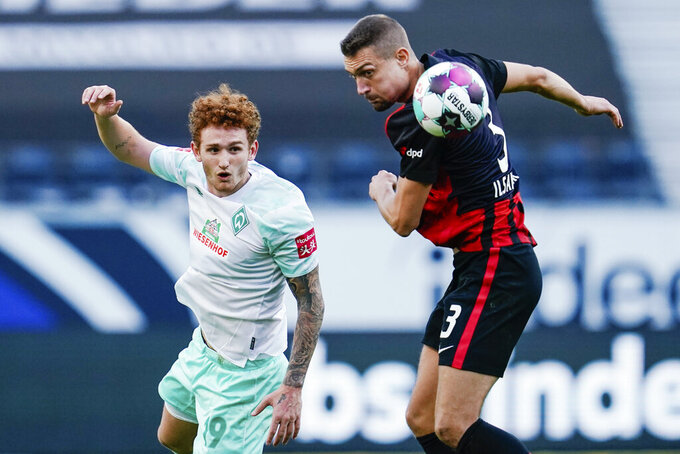 Lletget becomes the lone Major League Soccer player on the U.S. roster for exhibitions against Wales in Swansea on Nov. 12 and vs. Panama four days later at Wiener Neustadt, Austria.

Bremen said on Thursday it will release only one player, Czech Republic goalkeeper Jiri Pavlenka, for the international break next week.

Local health regulations in the city of Bremen require “players who are returning from international risk areas must quarantine for five days,” according to the club. Many other jurisdictions in Germany and across Europe have allowed exemptions from quarantine rules for elite soccer players and other athletes during the coronavirus pandemic.

“We know that the players would like to join up with their teams, but we cannot take that risk this time, given the overall situation,” Bremen sporting director Frank Baumann said in a statement.

Mainland Britain and most of Austria are considered “risk areas” by the Robert Koch Institute, Germany’s main public health authority.

Bremen said Pavlenka will be released only for a friendly against Germany in Leipzig next week.

FIFA said last month clubs could refuse to release players who faced at least five days in quarantine on their return. Normally clubs can face heavy sanctions if they don't let players join their national teams.

“We have already communicated this to the boys, who absolutely understand this approach,” Bielefeld sporting director Samir Arabi said in a statement.