Walker taking his time as Celtics look to resume play 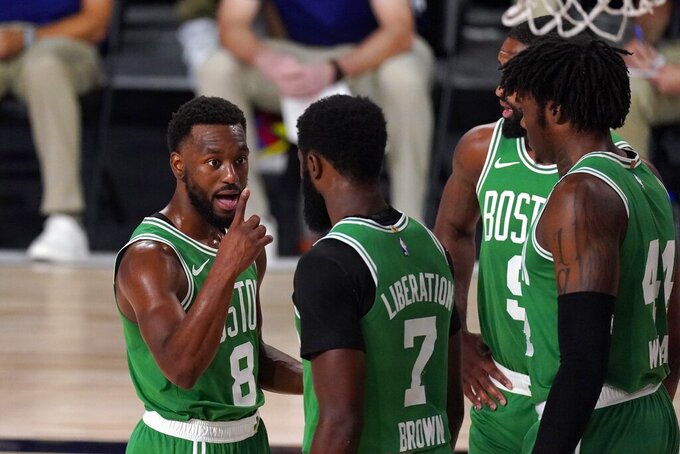 The Celtics haven’t played a game in nearly a week thanks to the recent rash of coronavirus cases that continues to cause postponements across the league. Walker would love to provide the team with an available body, but for now the All-Star point guard isn't rushing his return.

“I’m definitely going to make the best decision for myself, but honestly I’m feeling pretty good right now,” Walker said. “I know I did say I was feeling really good the last time before the bubble, which I was. But it was just the timing in between just wasn’t really beneficial for me.”

Boston has had its past three games postponed because of opponents being shorthanded due to players being in the NBA’s health and safety protocols. The Celtics have had as many as nine players in the protocol, including Jayson Tatum and Jaylen Brown. Seven players remain there, with three — Tatum, Robert Williams and Carsen Edwards — ruled out for Friday’s scheduled matchup with Orlando.

Walker practiced Thursday but has been ruled out for the Magic game.

He hasn’t played this season after receiving a stem cell injection in his left knee prior to the start of training camp. The procedure came after he injured his knee prior to the resumption of last season in the Florida bubble. He returned to play during the playoffs but has since acknowledged he wasn’t fully healthy during Boston’s run to the Eastern Conference finals.

Walker has been on a 12-week strengthening program since the early-October procedure and was cleared to begin practicing again on Jan. 8 after previously only going through individual workouts with coaches.

That’s now been disrupted because of the recent cancellations and lack of floor time with his teammates. But he says he's feeling better now and says that it’s different from how he felt while in the bubble last season.

“Now, I’ve just been able to take my time,” Walker said. “I just attacked my rehab from day one. I wanted to get healthy and I want to stay healthy, try my best to not have any setbacks. So that’s the plan.

“Whenever I’m feeling good or whenever I’m mentally ready to get out there and comfortable, then I will.”

That was echoed by coach Brad Stevens, who didn’t have a timeline for Walker’s return but was impressed by how good he looked during Thursday’s hour-long session.

“When he comes back, it’ll be because he’s ready and because he feels great and he’s ready to be Kemba,” Stevens said.