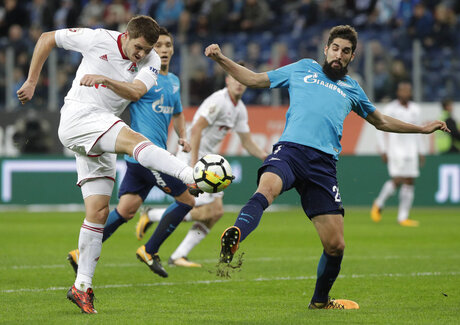 KIEV, UkraineCopyright 2020 The Associated Press. All rights reserved. This material may not be published, broadcast, rewritten or redistributed.
50.454730.5238

KIEV, Ukraine (AP) — The Ukrainian government has ordered its athletes not to take part in any competitions held in neighboring Russia, which the country accuses of occupying its territory.

The Ukrainian Youth and Sports Ministry issued a decree Wednesday to "prohibit ... the participation of members of the Ukrainian national sports teams in any sports competitions held on the territory of the Russian Federation."

Minister Ihor Zhdanov said he took the step because "aggressors and offenders must be expelled from the global sports arena," and because of Russia's record of widespread doping in sports.

The ministry didn't immediately reply to a request for comment on possible punishments for Ukrainian athletes or teams who break the ban. Many Ukrainian athletes, especially in Olympic sports, rely indirectly on the government for much of their funding.

The first competition to be affected is next week's final round of the biathlon World Cup in the Russian city of Tyumen. The Ukrainian team won't take part, and the United States and Czech biathlon teams have also pulled out, saying Russia's record of doping makes it an unsuitable host.

Since Russia annexed Crimea in 2014, Ukrainian teams have continued to compete in Russia at events in sports such as boxing and biathlon, largely without incident.

Ukrainian athletes staged several protests at the 2014 Winter Paralympics in Sochi, which occurred around the time of the Crimea annexation. Ukraine symbolically sent only one athlete to the opening ceremony, after earlier considering a boycott, and some Ukrainian medalists at the Paralympics covered their medals with their hands on the podium as a silent protest.

Some Crimean athletes have continued to compete for Ukraine, but said they face harassment from Russian authorities if they try to visit their hometowns, while others have switched allegiance to Russia.

Besides the annexation of Crimea, Ukraine's government accuses Russia of being the driving force behind the conflict with pro-Russian separatists in eastern Ukraine. Russia denies the charge.