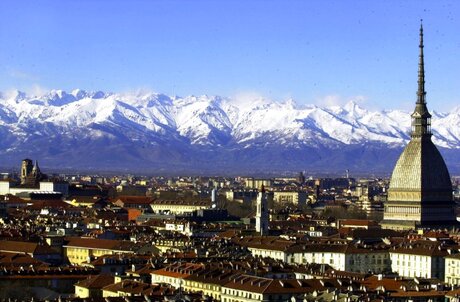 ROMECopyright 2020 The Associated Press. All rights reserved. This material may not be published, broadcast, rewritten or redistributed.
41.891912.5113

ROME (AP) — Milan and Turin are both in discussions with the Italian Olympic Committee about possibly bidding for the 2026 Winter Games.

Turin Mayor Chiara Appendino sent a letter of interest to CONI on Sunday despite divisions in her own party, the populist 5-Star Movement, on a candidacy. Milan Mayor Giuseppe Sala met with CONI president Giovanni Malago on Monday about his city's interest.

"I think Milan has everything required but we won't do anything without a government and its approval," Sala said Tuesday.

Italy awaits a new government in the next few weeks following a national election this month that yielded no clear majority.

The Veneto region that includes Venice, Verona and 1956 host Cortina d'Ampezzo is also interested in 2026, with region president Luca Zaia announcing Tuesday that interest will be formalized by next week.

Malago discussed the possible bids during a visit with IOC president Thomas Bach in Lausanne, Switzerland, on Tuesday.

"The IOC appreciates the growing interest within Italy for sport and the Olympic games," Malago said, while also expressing apprehension considering the state of the government.

CONI is still recovering from its dropped Rome bid for the 2024 Summer Games, which ended following staunch opposition from Mayor Virginia Raggi, who also represents the 5-Star Movement.

Among the other cities which have shown preliminary interest for 2026: Stockholm, Sweden; Calgary, Canada; Sion, Switzerland; and Sapporo, Japan.

Turin hosted the Winter Games in 2006. The 2026 host will be decided by the International Olympic Committee in Milan in September 2019.