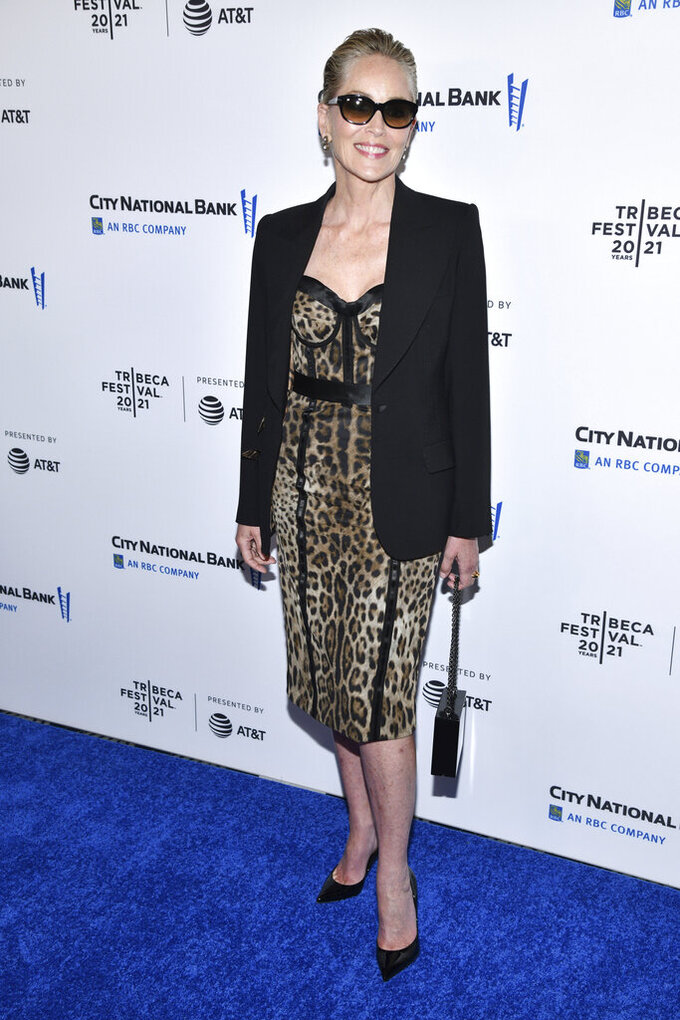 The debut of “Dave Chappelle: This Time This Place,” which chronicles Chappelle's pandemic stand-up series held in rural Ohio cornfields, marked the first time the hallowed midtown hall was yet again packed since closing in March 2020 — a shutdown that put a year-plus's worth of concerts, including Radio City's famous Rockettes, on ice for easily the longest spell since the Art Deco venue first opened in 1932.

The premiere Saturday evening, the closing night gala for the 20th Tribeca Festival, was seen as a symbolic reawakening of the arts in New York, where many of the world's most famous stages — Carnegie Hall, Lincoln Center, Broadway theaters — remain dark.

But after so many pandemic months of silence, that's quickly changing. On Sunday, Madison Square Garden will host its first full-capacity concert with the Foo Fighters. “Springsteen on Broadway” is set to resume performances on June 26.

After the screening, Chappelle dramatically took the stage to a thumping beat from DJ Clark Kent and a raucous standing ovation. The comedian paused for a moment to apologize for those who lost someone during the pandemic before signaling a note of revival.

“But, man, let's get up,” said Chappelle. He soon after introduced a New York feast of hip-hop acts who performed according to their native borough, including Q-Tip, Talib Kweli, Fat Joe, A$AP Ferg, Redman, Ghostface Killah and De La Soul.

Masks weren't required inside Radio City but proof of vaccination was. In announcing the event in May, New York Gov. Andrew Cuomo said it would “go a long way towards bringing back this state, overall.”

Directed by Julia Reichert and Steven Bognar, makers of the Oscar-winning “American Factory” (and fellow Ohioans whom Chappelle called his neighbors), “This Time This Place” shows Chappelle realizing his quixotic vision for keeping stand-up and live performance going through the summer of 2020 and beyond.

In the rural town of Yellow Springs (population 3,700), Chappelle mounted a stage on a friend's farm and flew in a parade of comics, some of whom showed up dying for an audience, others who were rusty from months of quarantine. Among them: Chris Rock (who was in attendance Saturday), Jon Stewart and Tiffany Haddish — along with regulars Michelle Wolf, Donnell Rawlings and Mo Amer.

The film captures an uncharacteristically nervous Chappelle before his first appearance, the considerable safety precautions taken (including Chappelle and others wincing at a swab up their nose), their battles with the local zoning board, the protest and pain that followed the death of George Floyd, and, ultimately, the profound benefits of comedy and community.

“Look at what we did,” Chappelle said on stage at Radio City. “lmagine what we can do together.”

The Tribeca Festival, mostly canceled last year, held its 20th edition largely in-person by relying mainly on outdoor screenings. It opened last week with the New York premiere of “In the Heights,” the acclaimed adaptation of Lin-Manuel Miranda's Broadway musical and an ode to the north Manhattan neighborhood of Washington Heights. It debuted with screenings held in all five boroughs of New York.

On Saturday, some entered Radio City a little hesitantly. But most seemed invigorated by being back in Radio City for a much-anticipated movie. Joel and Abby Ralph, who wed a handful of months before the pandemic began, were excited to be out together and not in their Upper West Side apartment. “It feels normal-ish,” said Abby.

Kyra Houston, a regular festivalgoer, came with her more reticent friend, Renee Cassell. “I feel happy. I was going through a funk,” said Houston, gazing around. It was her second movie of the day. “I feel like a haze is being lifted.”