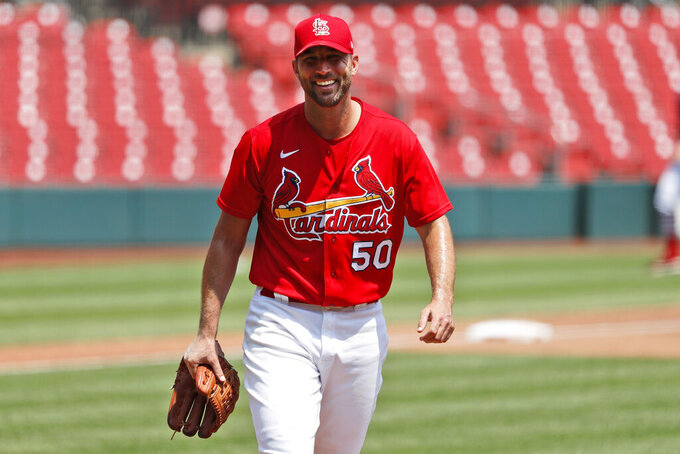 Wainwright’s Big League Impact foundation and recording artist Garth Brooks’ Teammates for Kids Foundation teamed for a Home Plate Project with Texas pitcher Kyle Gibson, and raised money from more than 150 big leaguers that let to the donation of about $5.8 million donated to 94 charities. The effort provided more than 4 million meals to prevent childhood hunger during the coronavirus pandemic and nearly 8 million meals in all.

Wainwright also has built Haiti’s Ferrier Village Secondary School, which opened for the 2019-2020 school year while partnering with Water Mission to build a clean water system for the community; funded the construction of a clean water system servicing more than 15,000 people in Honduras; purchased 11 acres in Ethiopia for the site of a clinic and a dairy and crop farm; partnered with Crisis Aid International to feed children in Africa and aid sex trafficking victims; and works with Crisis Aid to provide weekly meals for 3,000 families, including 200 families annually in South St. Louis.

“This is the greatest honor of my entire career and probably will be when I lay my head down to rest for the final time," Wainwright said during a conference call. “It doesn’t have me stopping anything now. These players are going to hear more from me. I’m going to be in their ear: ‘Hey, let’s do this. Let’s do that. Let’s go here. Let’s go there even more now.’”

A 39-year-old right-hander, Wainwright is a free agent after spending all 15 of his big league seasons with the Cardinals. He is a three-time All-Star with a 167-98 record and 3.38 ERA.

“Sometimes you have to tell people things you’re doing so that you can inspire others to do other things also,” Wainwright said. “So it’s not why we do it, to achieve any kind of award or trophy, but it is certainly nice to be recognized for it.”

The award usually is announced during the World Series but was delayed this year until Monday because of the pandemic.

Wainwright thought back to gathering donors at the ballpark back in 2013 when the foundation was just starting.