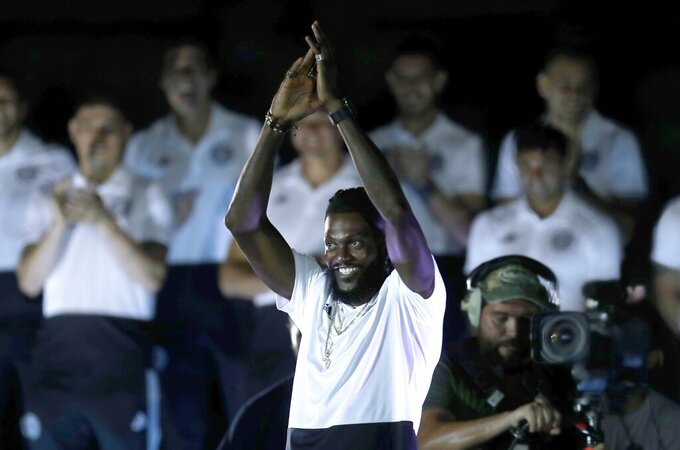 Emmanuel Adebayor has left Paraguayan club Olimpia after an unsuccessful five-month stint that was cut short because of the coronavirus.

Olimpia said the club and the Togolese striker had agreed to terminate his contract by mutual consent.

The 36-year-old Adebayor only played four games after a highly publicized arrival, and didn't score a goal. He was sent off in his Copa Libertadores debut against Argentina’s Defensa y Justicia after kicking an opponent.

The former Arsenal, Manchester City and Tottenham striker had spent most of the pandemic in his home country and Olimpia said returning to Paraguay would put the player's health at risk and carry a “high logistics cost.”

Paraguayan soccer is still halted because of the pandemic.

Adebayor scored 97 goals in the Premier League and was named African footballer of the year in 2008.