Alabama Legislature: What passed and failed on the last day 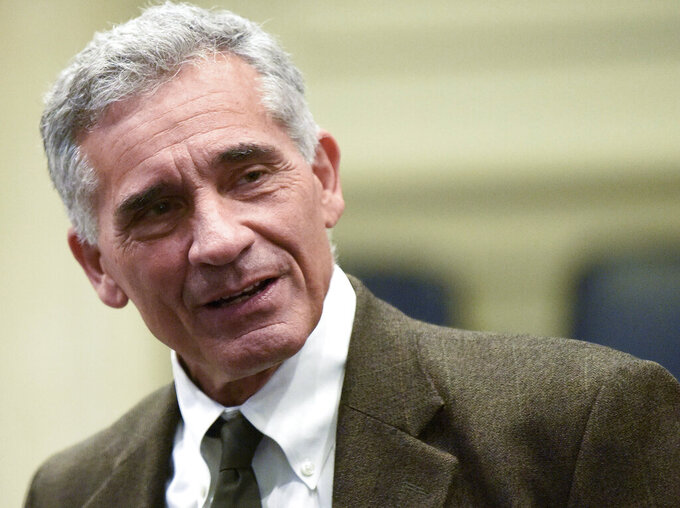 Sen. Del Marsh talks on the senate floor during the last day of the regular session at the Alabama Statehouse in Montgomery, Ala., on Monday May 17, 2021. (Mickey Welsh/The Montgomery Advertiser via AP) 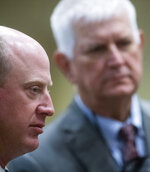 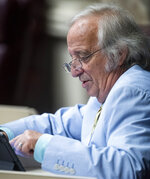 MONTGOMERY, Ala. (AP) — Alabama lawmakers on Monday concluded the 2021 legislative session. Here is a look at the key developments on the session's final day:

Alabama Gov. Kay Ivey signed legislation creating a medical marijuana program in Alabama. The new law would allow people with one of 16 qualifying medical conditions— including cancer, a terminal illness, depression, epilepsy, panic disorder and chronic pain— to purchase medical marijuana with the recommendation of a doctor. Sen. Tim Melson, the bill's sponsor, estimated it will be 15 months before medical marijuana is available in the state. The approval came eight years after a medical marijuana bill in 2013 won that year’s so-called “Shroud Award” for the “deadest” bill of the year in the House of Representatives.

Lawmakers gave final approval to a bill by Republican Rep. Wes Allen of Troy that would forbid election workers from setting up curbside areas for people to vote as well as forbid the setting up of voting machines outside a polling place. The bill now goes to Ivey. The legislation sparked partisan debate as Republicans argued curbside voting is not secure but Democrats argued the state should be expanding voting access instead of restricting it.

Alabama lawmakers approved legislation to lift the state’s decades-old ban on yoga in public schools. It now goes to Ivey. The Alabama Board of Education voted in 1993 to prohibit yoga, hypnosis and meditation in public school classrooms. The bill by Democratic Rep. Jeremy Gray would allow schools to offer yoga although all poses must have English names. Gray said he was unhappy with Senate-added language that requires parents to sign a permission slip and bans meditation, “associated with or derived from mystical traditions of the East.”

After COVID-19 disrupted two school years, Alabama lawmakers voted to delay an upcoming state requirement for third graders to meet reading benchmarks before moving up to the fourth grade. The bill now goes to Ivey. Supporters argued it would be unfair to force the requirement on students who were out of the traditional classroom for long stretches during the pandemic. The bill would move the implementation from the 2021-2022 school year to the 2023-2024 school year.

Lawmakers gave final approval for the general fund budget for next fiscal year. The $2.4 billion spending plan is up a modest 3.6% over this year. The budget includes a 2% pay raise for state employees. The spending plan now goes to the governor.

Alabama lawmakers ended the 2021 legislative session without a House vote on a Senate-passed lottery and casino bill. House Speaker Mac McCutcheon said House leaders chose not to bring the bill up for debate on the busy final legislative day after negotiations fell apart earlier this month. Ivey's office indicated she will only call a special session on the issue if lawmakers can reach an agreement.

The session adjourned without a House vote on a controversial measure to outlaw the use of puberty-blockers or hormones to help transgender minors with their transition. The Alabama Senate approved the bill in March, but it did not get a vote in the House. Opponents, including parents and trans youth, say such measures interfere with medical decisions and target trans individuals for the sake of politics. Sponsors counter that they are trying to protect children from decisions that should wait until adulthood. Arkansas earlier this year became the first state to enact such a measure.

The session also closed without a House vote on legislation to make it a crime for local police officers to enforce any new federal gun restrictions. The bill is part of a wave of GOP nullification proposals to try to resist any new gun control measures. Senators voted 21-5 for the bill by Republican Sen. Gerald Allen of Tuscaloosa, but it did not get a vote in the House.