Anything goes, from one day to the next, in wacky Big Ten 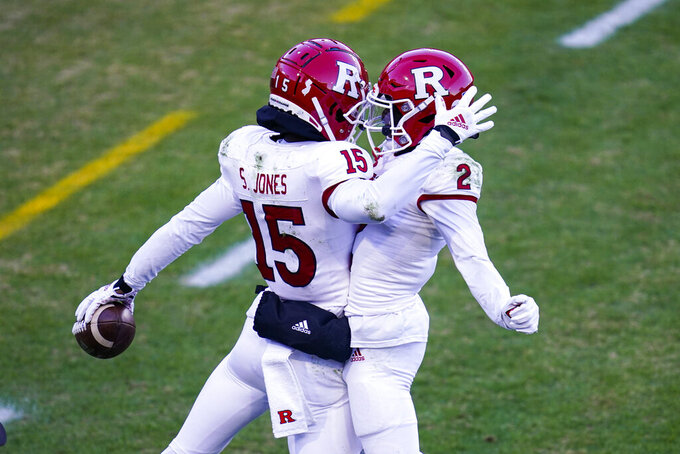 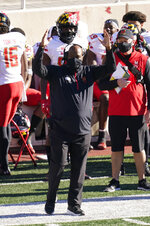 The Big Ten’s delayed, shortened season has proved to be an unpredictable, day-to-day adventure.

From the first day of practice in October, when the players and coaches donned masks to plod carefully through a pandemic, there was no guarantee things would chug along smoothly. And they haven't. Between the numerous cancellations, the inexplicable collapse of several traditional contenders and Northwestern’s rise from last to first, pretty much anything goes.

“As we all know, change is the one thing that is inevitable in 2020," Maryland coach Michael Locksley said. “We've embraced that. That's part of what this season is all about, being able to adjust and make changes on the fly. Our team has done a real good job of it, for the most part."

Having already had two games canceled in November by an outbreak of COVID-19 that claimed Locksley and a host of players, the Terrapins were preparing to face Michigan this Saturday before a rash of positive tests among the Wolverines forced the cancellation of the game. To this point, Maryland has split four games, had three canceled and played just once at home — without any fans in the stands, of course.

It's even worse at Wisconsin, which has lost only once but won't reach the minimum of six games deemed by the conference to qualify to play in the Big Ten title game. The Badgers are 2-1 after sandwiching the Oct. 23 opener and two more last month around three cancellations.

“You’re going through that mental preparation, the physical preparation, and all of a sudden, it either gets canceled because of your team having an outbreak or the other team," Wisconsin safety Collin Wilder said. "It’s a mental toll on everybody. It’s just the era that we’re living in right now.”

It's a time when Northwestern is assured a spot in the conference title game after going 3-9 last year, 1-8 in the Big Ten. The Wildcats earned the division title this week without even taking the field. When Northwestern's game this Saturday against Minnesota was canceled because of the Golden Gophers' ongoing bout with COVID-19, the Wildcats were in because they're 5-1 and own the tiebreaker over Iowa (4-2 with a loss to Northwestern).

Michigan, Michigan State and Penn State all have losing records and unbeaten Ohio State must play its final two games to qualify for the title game after have three games wiped out by COVID-19.

“It isn’t fun. Nothing about this is good," said Buckeyes coach Ryan Day, who tested positive last week before Ohio State canceled its game against Illinois. “But I guess it’s going to make us stronger.”

Rutgers didn't win a Big Ten game last year, and now it's got victories over Michigan State and Purdue to go with narrow defeats against Michigan and Illinois. The Scarlet Knights have made the best of a trying situation, though it's been anything but easy.

Back in March, all the Big Ten football teams were preparing for spring practice. Then things started to go awry, and the situation remains as unstable as a leaf hanging from a tree in a windstorm.

“I don’t know any other year that’s challenged us more than in this year, the day to day, the ups and downs," Rutgers coach Greg Schiano said. “I don’t give myself the luxury of reflecting very much, but if you look back at spring break, I’m in the room where I was having a team meeting and I got the text that our basketball team was removed off the floor for (the Big Ten Tournament) during warmups. And that was the beginning."

From that point, things got really strange.

“You can go all the way back to springtime. We're supposed to start spring ball when we get back from break and boom, COVID really kicked in and everything was shut down," Wisconsin wide receiver Kendric Pryor said. “Then the season getting canceled, you get to go home and then all of a sudden the season’s back on."

The season, as it turned out, is a stop-and-go affair.

“You play one game, two games get canceled, you play another one, and another one gets canceled," Pryor noted. “So it’s difficult, I’ll definitely say that, but it teaches you how to fight through adversity.”

Ignoring it is almost impossible, but Indiana coach Tom Allen is giving it a try.

“I understand there’s a lot going on, but it’s earmuffs and blinders And it’s crazy," he said. “You look across the country and you never know what’s going to happen from week to week."