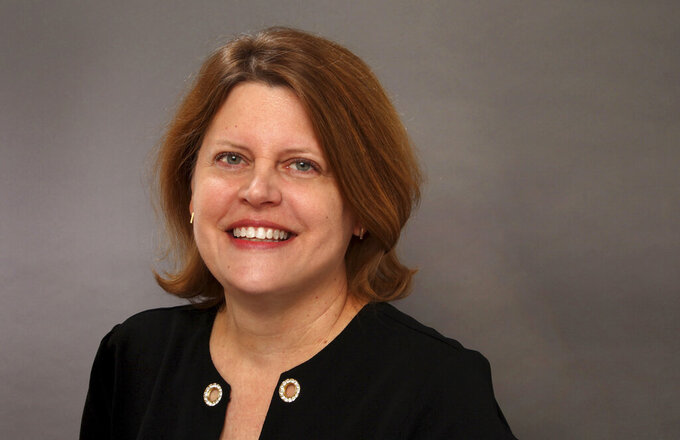 She succeeds the retired Marty Baron in one of the most celebrated jobs in journalism, the same role held by the legendary Ben Bradlee when the Post helped break the Watergate scandal in the 1970s.

Buzbee, 55, has been with the AP since 1988 in jobs that included Washington bureau chief, and has been its senior vice president and executive editor since 2017.

The Post, bought from the Graham family by Amazon's Bezos in 2013, employs 1,000 journalists in 26 locations around the world, up from 12 places in 2013. Under Baron, who took over in 2013, it won 10 Pulitzer Prizes and was recognized for its hard-hitting coverage of Donald Trump.

In an interview, Buzbee stressed her commitment to diversity and to telling stories in a compelling way across many formats.

“The challenge of journalism everywhere is to meet audiences where they are and make our journalism as accessible and sharp and transparent as possible,” she said. “The Post has an extraordinary team that is in many ways on the cutting edge of figuring out how to do this.”

Fred Ryan, the Post's publisher and CEO, pointed to her achievements and experience in leading a global news organization.

“In an extensive search that included many of the best journalists in America, Sally stood out as the right person to lead the Post going forward,” Ryan said. “She is widely admired for her absolute integrity, boundless energy and dedication to the essential role journalism plays in safeguarding our democracy.”

Buzbee flew under the radar in the much-watched search for Baron's successor. In some ways that's due to the AP's standing in the business, both ubiquitous and somewhat invisible, since it sells its journalism to thousands of outlets that use it on their websites, front pages and broadcasts.

Yet with its 250 bureaus around the world and robust operations in video, text, audio and photography, running the AP is one of journalism's most complex jobs.

Buzbee directed AP's journalism through the COVID-19 pandemic, Trump's presidency, the #MeToo movement, Brexit and protests over racial injustice. She emphasized breaking news in all formats and deepened the AP's enterprise and investigative efforts.

Under her leadership, the AP won Pulitzer Prizes in feature photography and international reporting, and had six other Pulitzer finalists.

In an era when diversity in leadership is being closely watched, Buzbee's appointment comes shortly after Kevin Merida, a Black man who worked more than two decades at the Post, was hired as the top editor at the Los Angeles Times. ABC News and MSNBC hired Black leaders in the past few months.

Wesley Lowery, a former Post reporter now at CBS News, referred to Merida in tweeting Tuesday: “The overqualified black candidate not even getting a serious call about the job, only for it to go to a white lady and be framed as a win for diversity is the entire story of newsroom diversity efforts.”

Buzbee said the AP made important strides in diversity and in opening paths to leadership while she was in charge.

“What I'm looking forward to is getting to know the (Post) staff and diving in and continuing that commitment to diversity and inclusiveness,” she said. “I think it is one of the highest priorities for every news organization going forward, and it is very much mine.”

The Post has made a sharp turnaround, particularly as a digital organization, since Bezos bought it. Its website has more than 80 million unique visits per month. But the Amazon founder's presence is closely watched; Trump continually pointed out the connection.

Buzbee said she has been impressed with how the Post has maintained its independence in the news pages.

Buzbee, originally from Olathe, Kansas, joined the AP as a reporter in Topeka. She was correspondent in San Diego, and then in 1995 joined the Washington bureau, where she eventually became assistant chief of bureau.

In 2004, Buzbee became AP’s Middle East editor, based in Cairo, where she led coverage of the war in Iraq, the conflict between Israel and Hezbollah, the Darfur crisis and the growth of terrorist cells in Saudi Arabia, Yemen and elsewhere.

In 2010, she was promoted to deputy managing editor at the agency’s New York headquarters and led the founding of the Nerve Center, AP’s now-integral hub for global news coordination and customer communication.

Later that year, she was named chief of the Washington bureau, where she oversaw coverage of the 2012 and 2016 presidential elections, the White House, Congress, the Pentagon and the bureau’s polling and investigative teams.

“AP is one of the most important news organizations in the whole world and it has truly been the complete honor and joy of my life to be connected to it,” she said. “I have learned so much and I am truly grateful for every single day I've spent at the AP.”

Gary Pruitt, AP president and CEO, said Buzbee has been “an exceptional leader” and while her hiring by the Post is bittersweet news, it also reflects well on the organization she left behind.

“It shows the AP is operating at the absolute highest levels of journalism,” he said.

Pruitt said that the search for a new executive editor will begin immediately and that he expects it will take a few months. In the meantime, the executive editor duties will be shared by AP Vice President and Managing Editor Brian Carovillano, who will lead AP's news report, and AP Vice President and Managing Editor David Scott, who will handle operations.

Baron, her predecessor, was highly respected for the Post's turnaround and its role as watchdog of the Trump administration. Baron was portrayed by Liev Schreiber in the movie “Spotlight,” from his days leading The Boston Globe as it investigated the sexual abuse of children by Roman Catholic priests.

“It inspires me,” Buzbee said, “but it doesn't intimidate me.”