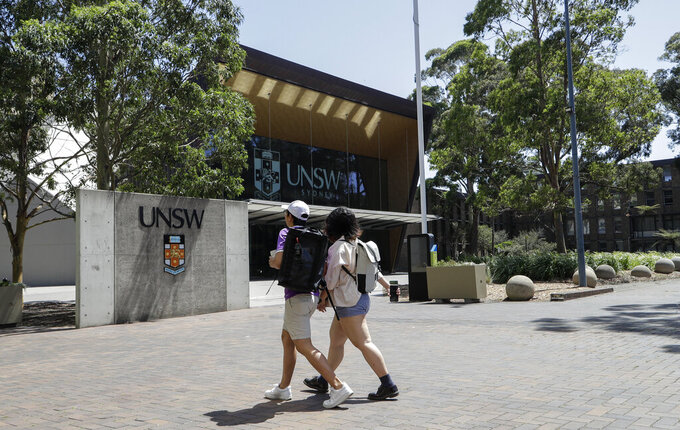 DARWIN, Australia (AP) — Australia has welcomed its first group of international students to arrive since the coronavirus pandemic began, with more due to follow.

The students will all attend Charles Darwin University, with some new to the campus and others previously enrolled. They are part of a pilot program aimed at boosting the local economy and providing a template for international students to arrive in other parts of Australia.

The arrival comes amid growing tensions between Australia and China after a Chinese official this week posted a fake image on Twitter of an Australian soldier appearing to slit a child’s throat.

Australian Prime Minister Scott Morrison called the image “repugnant” and demanded an apology from the Chinese government, but China has not backed down. The post took aim at alleged abuses by Australian soldiers during the conflict in Afghanistan.

The arriving students were required to undertake a pre-departure health screening and have been placed in a quarantine facility for two weeks before they can begin attending classes.

Simon Maddocks, the vice chancellor of Charles Darwin University, told reporters they have been working with officials for seven months to make the trip happen.

Northern Territory Deputy Chief Minister Nicole Manison said the students are the first international students allowed back into the country since March 20 and more are expected to follow.

She said each student contributes an average of more than 40,000 Australian dollars ($30,000) per year to the economy.