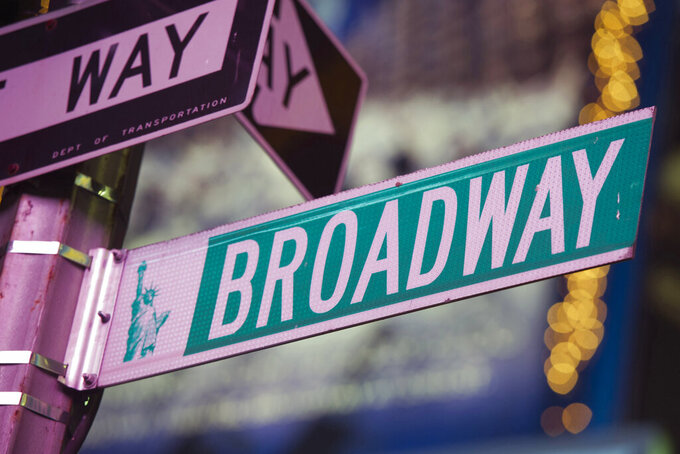 FILE - This Jan. 19, 2012 file photo shows a Broadway street in Times Square, in New York. Broadway producers have extended the suspension of all shows on the Great White Way, saying musical and plays will stay shuttered through June 7 in accordance with latest medial guidance. Broadway abruptly closed on March 12 and announced plans to reopen the week of April 13. But that timetable was increasingly looking too optimistic as the city saw an alarming surge in deaths. (AP Photo/Charles Sykes, file) 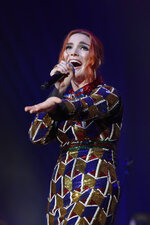 DJ Khaled, Charlie Wilson, Chance the Rapper, Kirk Franklin, Fantasia and Melvin Crispell III are slated to perform in a special BET show that will assist people of color in dealing with the coronavirus.

“Every day, there are new reports of how this pandemic is killing African Americans at much higher rates than other communities,” said Scott Mills, BET president. “BET is using all of our resources – our capital, our media platforms, our relationships with the creative community, sponsors, businesses and charitable organizations to support our community in this time of crisis.”

Celebrity guests will give up-to-date information and drive viewers to needed resources during this unprecedented time, and in partnership with United Way, proceeds are being donated to African American communities severely impacted by COVID-19.

Broadway producers have extended the suspension of all shows on the Great White Way, saying musical and plays will stay shuttered through June 7 in accordance with latest medical guidance.

Broadway abruptly closed on March 12 and announced plans to reopen the week of April 13. But that timetable was increasingly looking too optimistic as the city saw an alarming surge in deaths.

“Our top priority continues to be the health and well-being of Broadway theatergoers and the thousands of people who work in the theater industry every day, including actors, musicians, stagehands, ushers and many other dedicated professionals.” said Charlotte St. Martin, president of the Broadway League.

Already some shows scheduled to open this spring have abandoned plans of ever returning, including “Hangmen” and a revival of Edward Albee’s “Who’s Afraid of Virginia Woolf?” Others — like revivals of “Caroline, or Change” and “Birthday Candles” — have been moved to the fall.

The coronavirus won't stop a whole lot of Hollywood, TV and Broadway stars from celebrating the Jewish holiday of Passover.

The Passover Seder begins at 8 p.m. Eastern and will be streamed on www.SaturdayNightSeder.com and Tasty’s YouTube channel. It is free but the event will try to raise money for COVID-19 first responders.

Halsey announced the news on Instagram, saying she was “in awe of the medical workers on the frontlines.” She says she worked with Orange International Inc. to source the FDA-certified three-ply masks from a factory in Guangzhou, China.

“Please continue to stay home, if you can. If you are on the frontlines, my heart is with you,” Halsey wrote.

A special prime-time “Sesame Street” will be shown next week to guide children and their families through the coronavirus pandemic.

The show’s indelible characters will be joined by celebrity guests Anne Hathaway, Lin-Manuel Miranda and Tracee Ellis Ross. They’ll discuss new ways to play and learn together, as well as celebrate the medical personnel fighting the disease, producers Sesame Workshop said on Wednesday.

It will air April 14 at 7 p.m. Eastern on Warner Media networks HBO, HBO Latino, TBS, Cartoon Network, Boomerang and truTV, as well as the PBS Kids channel and streaming platforms.