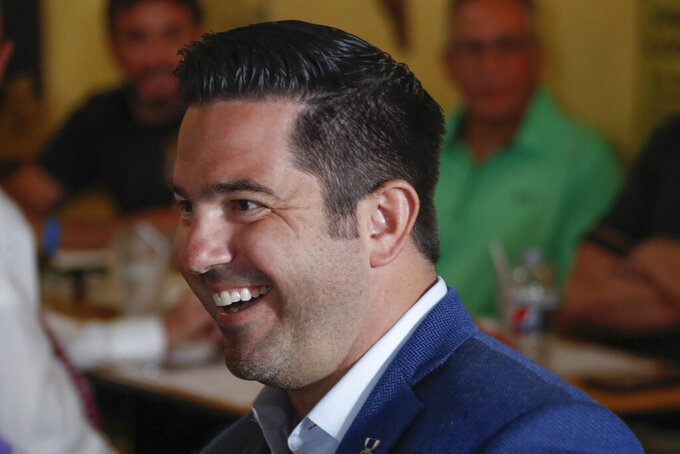 Biden won his native Pennsylvania, with The Associated Press declaring him the winner Saturday after it determined the remaining ballots left to be counted would not allow Republican President Donald Trump to catch up.

Lamb beat Republican Sean Parnell after The Associated Press called the race Saturday. Lamb declared victory late Wednesday, but the AP had yet to call the race at the time.

Lamb became a Democratic star in 2018 when he won two races in two districts that had been hostile to Democrats. One was a special election in a district President Donald Trump won by 20 percentage points and a general election in a redrawn district against a three-term incumbent.

Torsella, 57, a resident of Flourtown, served as former President Barack Obama’s envoy for United Nations management and reform, headed the National Constitution Center, and was former Gov. Ed Rendell’s choice to serve as chairperson of the Pennsylvania State Board of Education.

All 203 state House seats and half the 50-person Senate went before the voters, and Republicans kept majority control of both chambers.

Just one Senate race remains uncalled, meaning the chamber will remain in Republican hands next session. The current Senate is split 28-21, plus an independent who caucuses with the GOP.

Democrats went into the election needing a net pickup of nine seats to regain the state House majority, and Ullman’s loss made the margin 10. But only seven Republican-held seats remain uncalled.