Biden tells graduates it's 'up to you' to shape the future 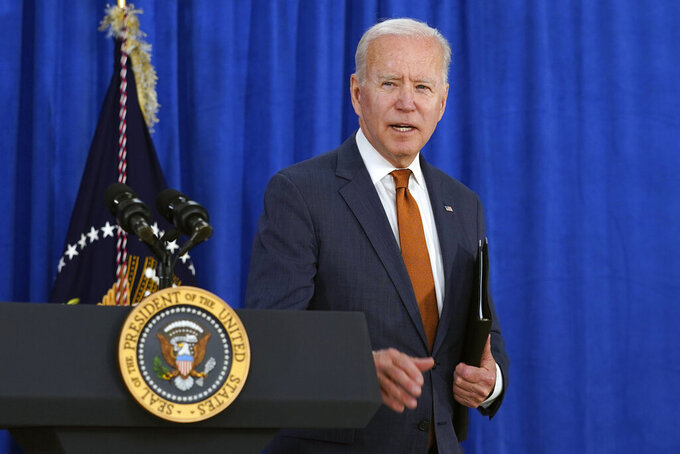 WASHINGTON (AP) — President Joe Biden says members of the graduating class of 2021 are leaving school at an “inflection point” that gives them influence to shape the nation and the world around them like few others.

Biden's brief video message to graduates was released Friday by the White House as the coronavirus pandemic has put a dent in commencement ceremonies. Comparing today's students to those who graduated during the era of the civil rights and anti-war protest movements, Biden encouraged them to seize the moment to tackle climate change and systemic racism.

Biden told the graduates that only once in every few generations does a class enter history at point “where it actually has a chance to change the trajectory of the country,” as he said theirs will.

“You’re going to see more change in the next 10 years than you saw and we saw in the last 50 years,” Biden said. “It’s going to be up to you to translate that unprecedented change into a greater measure of happiness and prosperity for not only you and our nation, but for the world around you. ”

Biden delivered remarks last month at the Coast Guard Academy’s graduation, but has no other commencement remarks scheduled this year.