Blackhawks' Seabrook calls it a career because of injury 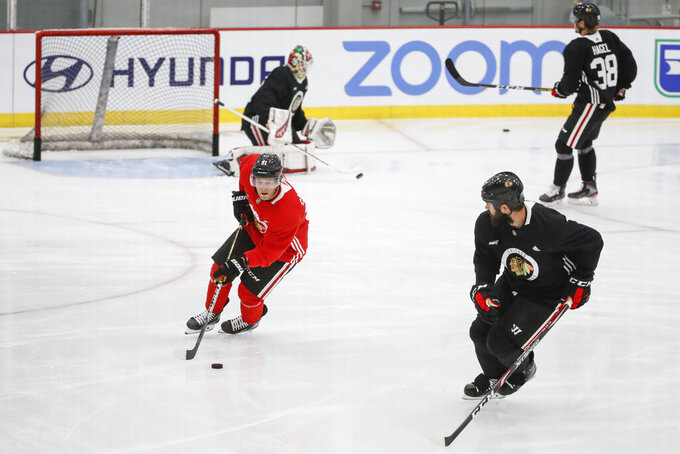 After surgeries on his right shoulder and both hips, it's a lingering right hip issue that's keeping the 35-year-old from getting back on the ice. Seabrook could remain on long-term injured reserve for the foreseeable future and not technically retire because he has three years remaining on his contract.

“After several surgeries, countless hours of rehab and training to get back on the ice at the level of my expectations, it will not be possible for me to continue playing hockey,” Seabrook said in a statement. “This is what is best for me and my family.”

“Over his entire 15-year career with the Blackhawks, Brent Seabrook gave everything he had to his teammates and the city of Chicago,” president of hockey operations and general manager Stan Bowman said. “His determination to win, passion for the game and innate ability to lead culminated in bringing three Stanley Cups to Chicago."

But Seabrook’s physical style slowly took a toll on the defenseman. His last NHL game was on Dec. 15, 2019. He had right shoulder surgery later that month, left hip surgery in January 2020 and right hip surgery last February.

“We have tried all available conservative treatments, and nothing has worked well enough for him to live life as an athlete,” team physician Dr. Michael Terry said. "We support his decision to prioritize his long-term physical health.”

Seabrook, who turns 36 on April 20, tried to return last summer when the season resumed after it was suspended because of the COVID-19 pandemic. But he decided he didn’t have enough time to reach a level where he would be comfortable playing again.

But Seabrook hurt his lower back while preparing for this season. He missed all of training camp and was placed on injured reserve.

Seabrook is owed $15.5 million over the next three seasons before his contract expires. NHL rules allow Chicago to keep him and pay him without his $6.875 million salary-cap hit counting against the team's spending up to the $81.5 million limit.