Bowden thanks doctors, fans after 'tough' bout with virus 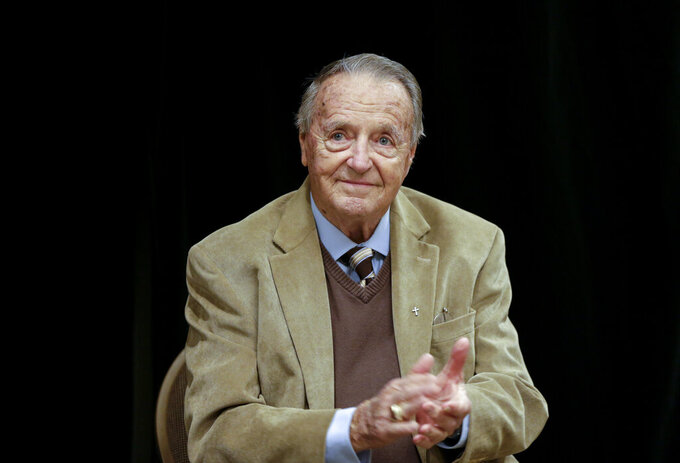 Former Florida State football coach Bobby Bowden thanked his doctors, family and fans their support and prayers through his “tough” bout with COVID-19.

“I want to thank all the many many people who were thinking of and praying for me over the last few weeks,” Bowden said Wednesday in a statement released by his son, former Clemson coach Tommy Bowden. "I just went through a battle with COVID-19 and God just wasn't ready to take me home yet to be with him.

“Most of you know I'm 91 years old and the fight was tough but thanks to the help of Dr. Michael Forsthoefel, and the support of (wife) Ann and all my children, I beat it,” Bowden said in his first public statement since being released from the hospital last week.

Bowden was hospitalized Oct. 6, three days after testing positive for COVID-19. He had received word of the positive test a few days after returning to his Tallahassee home from a lengthy stay at a hospital and rehab facility where he was treated for an infection in his leg.

Bowden coached Florida State for 34 years and is second on the career victories list in major college football with 357, behind only the late Joe Paterno of Penn State. His teams won national championships in 1993 and 1999.

“I've had a chance to to get a lot of wins in my life, but I really wanted to win this one because I wanted to be around to vote for President Trump,” Bowden said.