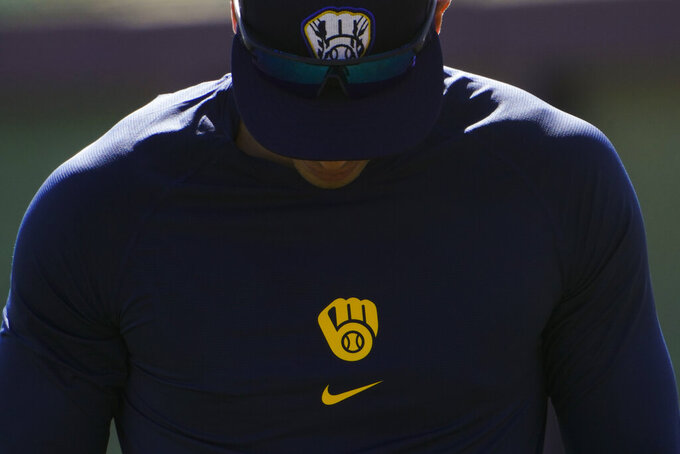 Milwaukee Brewers outfielder Christian Yelich has never believed the results of one season have any carryover effect into the next year.

He didn’t think that when he was coming off an MVP season in 2018 or a second straight batting title in 2019. Nor does he feel that way that now as he tries bouncing back from the most disappointing season of his career.

“Good or bad, the previous year really doesn’t mean anything,” the 29-year-old Yelich said Friday from the Brewers’ spring training site in Phoenix. “You can’t do anything about it. Whether you were the MVP the previous year or you sucked, everybody starts at zero in spring training and the new year. We live in a business where it’s, ‘What have you done for me lately?’ What I’ve done lately is play terribly, so I’m looking forward to a fresh start and starting a new year.”

During a pandemic-shortened 2020 season in which many stars struggled, Yelich arguably was the most notable example. He hit .205 after winning NL batting titles in 2018 and 2019.

“I thought I was pretty much all-around terrible,” Yelich said. “It just wasn’t good. But it is what it is. This is baseball. That stuff happens. You can’t change it now and you can’t do anything about it.”

The Brewers hope for Yelich to bounce back after signing him to a $215 million, nine-year contract prior to last season. Their hopes for a fourth straight playoff berth depend largely on him returning to form.

But they aren’t showing any signs of concern regarding their franchise player. Brewers manager Craig Counsell said at the start of spring training camp that Yelich “wants to be better, and he’s going to be better.”

A look inside the numbers offers cause for optimism.

Yelich ranked sixth in the majors in hard-hit percentage, behind only Fernando Tatis Jr. Miguel Sano, Ronald Acuña Jr., Corey Seager and Eloy Jiménez. The problem was that he struck out over 30% of the time. Before last season, Yelich had struck out in only 19.6% of his career plate appearances.

He said Friday he has a few ideas over what went wrong and feels he now has a handle on the situation, though he declined to go into specifics. Yelich also says he spent time this offseason working with Haines in Nashville, Tennessee.

While Yelich hasn’t used the unusual circumstances of 2020’s pandemic-delayed season as an excuse, he acknowledged that “whatever routine you had last year pretty much got thrown out the window.” Even before the pandemic started, Yelich already was having a different type of year.

He spent the initial stages of spring training in 2019 working his way back after a fractured kneecap had ended his 2019 season prematurely. The Brewers believe he will benefit from having this entire preseason to get ready for a more typical 162-game campaign.

Just don’t assume the disappointment of 2020 has put a chip on Yelich’s shoulder. Yelich doesn’t believe any additional incentive is necessary.

“I feel like you need to be motivated every year,” Yelich said. “If you’re not motivated, stay at home, kind of, in my opinion. A major league season requires so much out of you. It asks for a lot. And you have to give the game a lot. If you’re not willing to meet the game at that level, it’s not going to go well for you. So like I said, previous seasons are irrelevant, in my opinion. They have no bearing on what you need to do in the future. Every year’s a fresh start.”