Bucks seeking return to form as they open against Magic 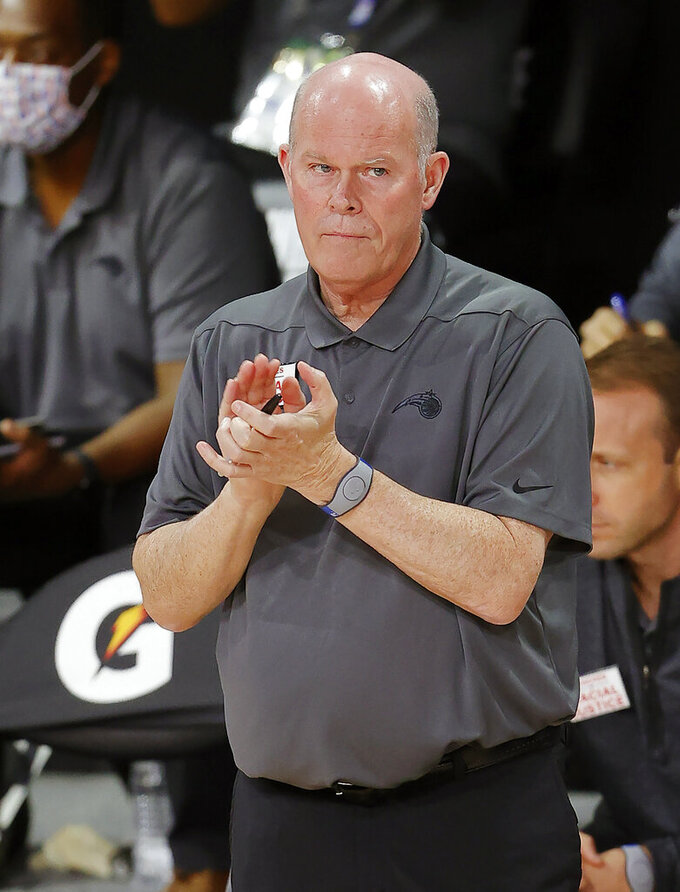 The Milwaukee Bucks head into the playoffs seeking to regain the form that enabled them to earn the NBA's best record.

Milwaukee (56-17) has gone 3-5 since the NBA resumed play at Walt Disney World after a 4 ½-month hiatus caused by the coronavirus pandemic. After losing only nine of their first 62 games this season, the Bucks have dropped eight of their last 11.

The Bucks' recent slump lends some intrigue to what otherwise looks like a lopsided first-round playoff matchup with the Orlando Magic (33-40). The best-of-seven series starts Tuesday.

“As a team, they’ve done a lot of great work in the season to put ourselves in this position,” Bucks coach Mike Budenholzer said. “Now we’ve got some work to do. We’ve got to sharpen up. We’ve got to get better. But I have total faith and belief in this group, what they’ve done to date, how they work and how they’ve performed.”

It’s worth noting that the Bucks headed into the restart virtually assured of owning the No. 1 seed in the East, giving them little incentive while other teams were competing for playoff position.

Other things to know about the series:

Reigning MVP Giannis Antetokounmpo hasn’t played in four of the Bucks’ last seven losses, as he dealt with a sprained left knee just before the hiatus and missed one game due to oral surgery and another due to a suspension while in Florida.

The Bucks’ main concern at Disney has been making sure they enter the postseason healthy, and that’s something they’ve managed to do as they chase their first NBA title since 1971.

Orlando hasn’t been nearly as fortunate.

Magic forward Jonathan Isaac tore the anterior cruciate ligament in his left knee on Aug. 3 after making it back from a knee injury earlier in the season. Orlando dropped five straight immediately after losing Isaac before beating New Orleans in its final seeding game.

Orlando has other injury issues as well. Aaron Gordon missed the Magic’s last four games with a strained left hamstring and Michael Carter-Williams missed five straight with a strained left foot. Mo Bamba is out for the season as he undergoes a post-coronavirus evaluation.

Magic coach Steve Clifford said he liked the fact this series is starting Tuesday rather than Monday because it gives some of his ailing players an extra day to recover. But all these injuries create an additional hurdle for a team that lost its four regular-season meetings with Milwaukee by an average margin of 17 points.

“We are the underdogs,” said Magic guard Evan Fournier, who sat out Orlando’s last three games due to an illness unrelated to COVID-19. “It’s just the truth. It doesn’t mean we’re not going to fight as hard as we can to win and do damage.”