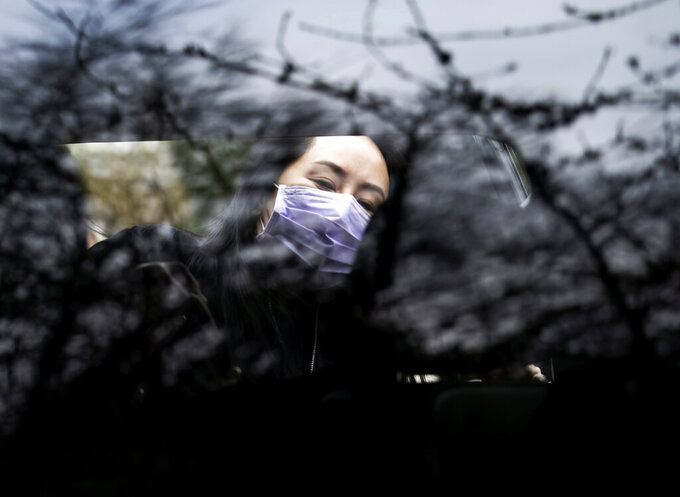 Chief Financial Officer of Huawei, Meng Wanzhou gets into her truck as she leaves her home in Vancouver, British Columbia, to go to the British Columbia Supreme Court on Friday, Jan. 29, 2021. (Jonathan Hayward/The Canadian Press via AP) 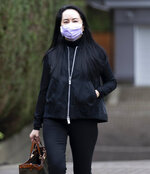 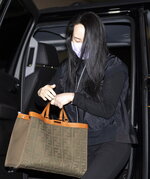 VANCOUVER, British Columbia (AP) — A Canadian judge on Friday rejected a bid to ease bail conditions for a senior executive of Chinese tech giant Huawei who was arrested in Canada on a U.S. extradition warrant.

British Columbia Supreme Court Justice William Ehrcke said the current restrictions are the minimum required to ensure Meng Wanzhou, the daughter of Huawei’s founder and its chief financial officer, does not flee Canada.

The judge dismissed Meng’s application for changes to her bail conditions, which would have allowed her to leave her Vancouver home outside the hours of her overnight curfew without the presence of security.

Meng remains free on bail in her multimillion mansion.

Meng’s husband testified earlier this month that she has underlying health conditions and he believes she’s at increased risk of contracting COVID-19 because of her proximity to members of her private security detail whenever she leaves home.

However, Ehrcke said that Meng does not need to leave home except for court appearances, she doesn’t live a great distance from the Vancouver courthouse and her security detail always wear masks.

Meng is wanted in the United States on fraud charges based on allegations both she and the company deny. Her lawyers argue she has been subjected to abuse of process and should be freed.

Spavor and Kovrig remain in a jail where the lights are kept on 24 hours a day.