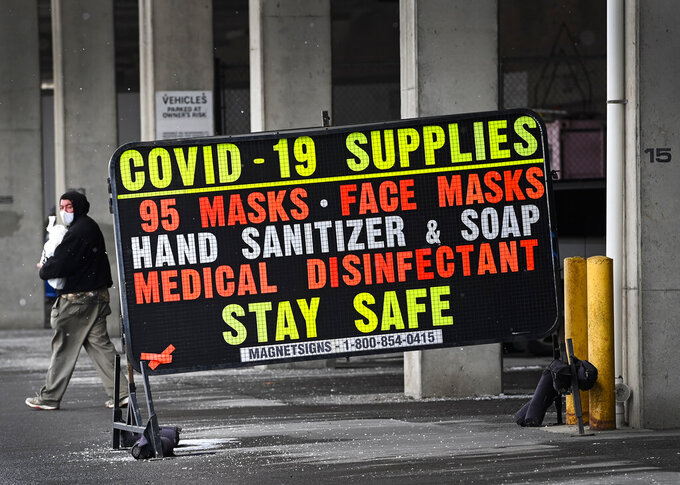 Restrictions placed on Toronto by Ontario’s government are currently scheduled to be removed on Feb 22.

But Dr. Eileen de Villa, Toronto’s medical officer of health, said she has never been more worried about the future because of new coronavirus variants. She has written the province's top health official to request the lockdown last at least two weeks longer.

She said there are 345 confirmed variant cases in Toronto and said the city is facing exponential growth.

She noted the experience of Germany, whose health minister said Wednesday the virus variant first detected in Britain last year now accounts for more than a fifth of all positive tests in his country, rising from 6% in just two weeks.

“By the time the confirmed counts are big enough to shock us, it will be too late to do anything; we will be in a third wave as bad as anything we’ve been through thus far,” she said.

Toronto and Canada flattened the epidemic curve over the summer. A second wave started in the fall after the Ontario government delayed imposing widespread restrictions.

Schools just reopened in Toronto this week and retail stores are scheduled to reopen Feb. 22.

“We absolutely do want to find ourselves opening things up, even slightly, and then having to close down again just a weeks from now,” Tory said.

Canada’s federal government expects to receive millions of vaccine doses this spring and 6 million before the end of March.

Ontario Health Minister Christine Elliott said no decisions have been made.

“That’s going to be determined after a review of the evidence,” she said.

Scientists say the U.K. variant spreads more easily and is likely more deadly, but so far existing vaccines appear to be effective against it. Another variant first detected in South Africa, however, has shown signs of being able to evade some of the immune response generated by the AstraZeneca vaccine.